92. The following peculiarities in case forms of the 4th Declension require notice.

a. A genitive singular in -ī (as of the 2nd declension) sometimes occurs in nouns in -tus.

b. In the genitive plural -uum is sometimes pronounced as one syllable, and may then be written -um.

c. The dative and ablative plural in -ŭbus are retained in partus and tribes, regularly in artus and lacus, and occasionally in other words; portus and specus have both -ubus and -ibus.

d. Most names of plants and trees, and colus (distaff) also have 2nd declension forms.

e. An old genitive singular in -uis or -uos and an old Genitive plural in -uom occur rarely. 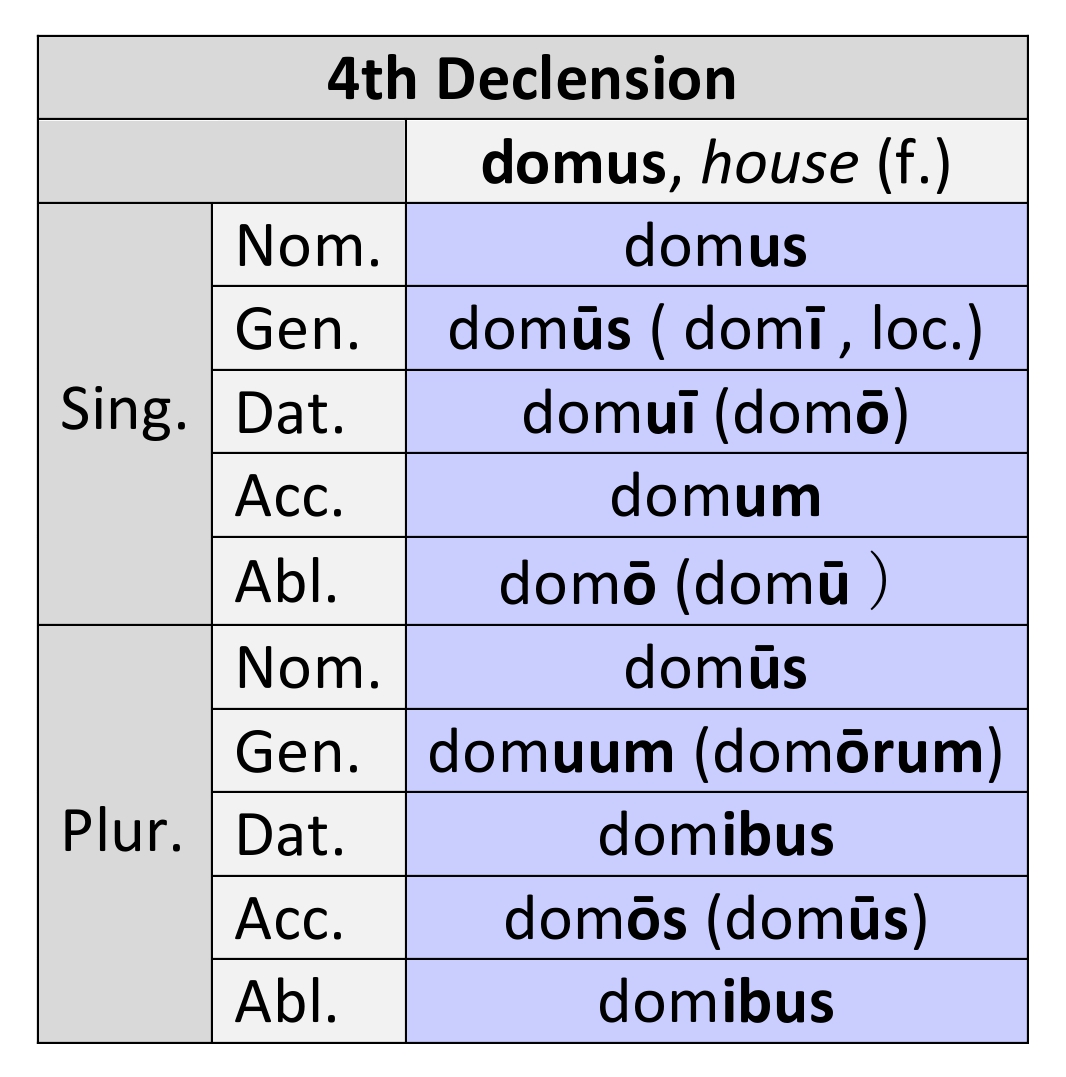 Note 2— The Genitive domī occurs in Plautus; domōrum is late or poetic. 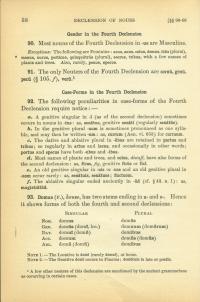