79. In many nouns the stem is irregularly modified in the nominative or other cases. Some peculiar forms are thus declined. 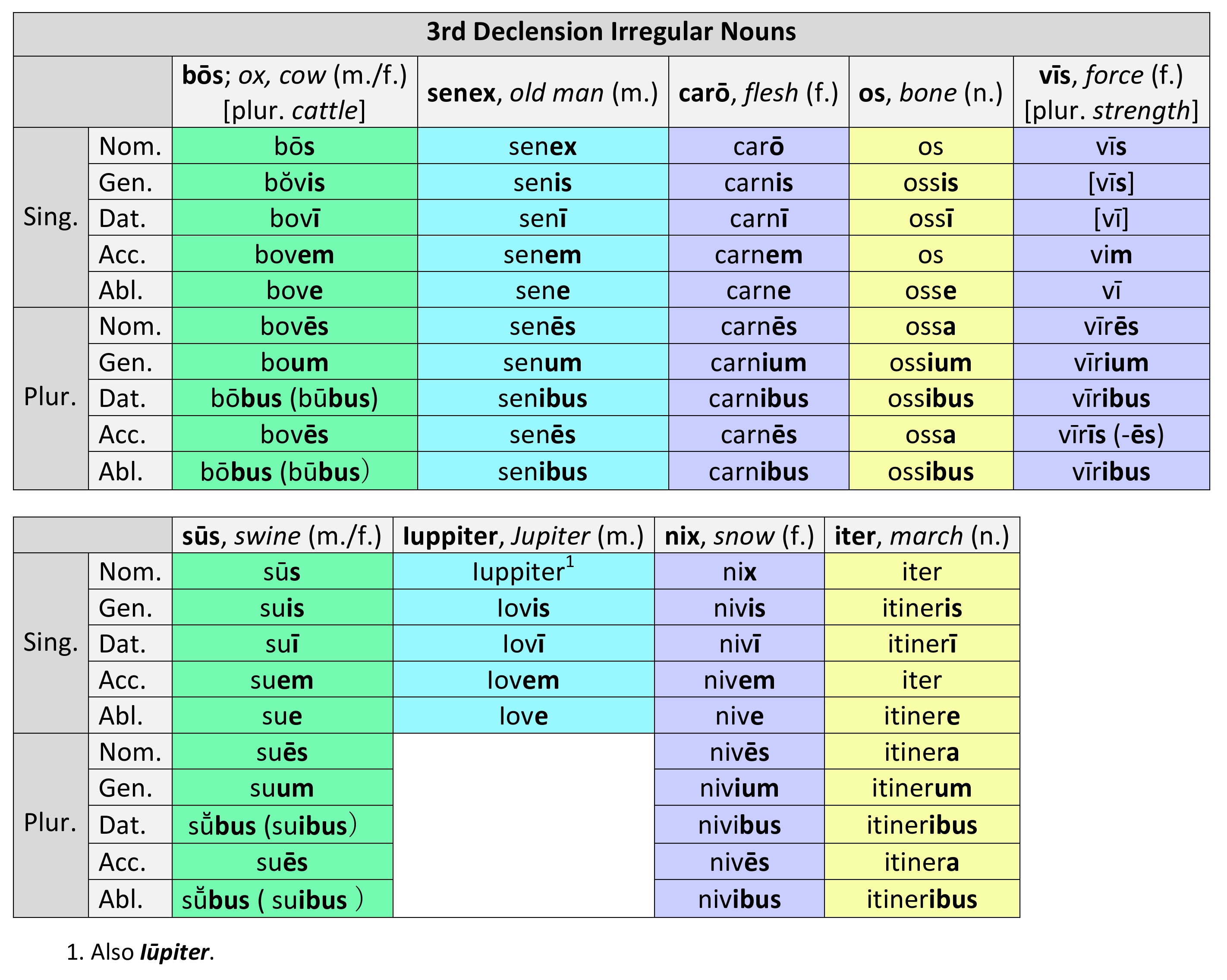 a. Two vowel-stems in ū-, grū- and sū-, which follow the 3rd declension, add s in the nominative, and are inflected like mute stems: grūs has also a nominative gruis, sūs has both suibus and sū̆bus, grūs has only gruibus.

c. In iter, itineris (n.), iecur, iecinoris (iecoris) (n.), supellēx, supellēctilis (f.), the nominative has been formed from a shorter stem; in senex, senis, from a longer; so that these words show a combination of forms from two distinct stems.

d. In nix, nivis the nominative retains a g from the original stem, the g uniting with s, the nominative ending, to form x. In the other cases the stem assumes the form niv- and it adds i in the genitive plural. 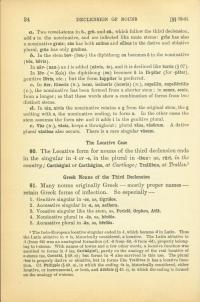