205. Some verbs have lost the present system, and use only tenses of the perfect, in which they are inflected regularly.

a. The passive of coepī is often used with the passive infinitive.

Coeptus sum vocārī. I began to be called.

For the present system incipiō is used.

Note 1— A present participle meminēns is early and late.

Note 2— Nōvī and cōnsuēvī (usually referred to nōscō and cōnsuēscō） are often used in the sense of I know (have learned) and I am accustomed (have become accustomed) as preteritive verbs. Many other verbs are occasionally used in the same way (see § 476, Note).

206. Many verbs are found only in the present system.

In many the simple verb is incomplete, but the missing parts occur in its compounds.

Some verbs occur very commonly, but only in a few forms.

The vowels a and i are pronounced separately (a-is, a-it) except sometimes in old or colloquial Latin. Before a vowel, one i stands for two (see § 6.c); thus, âiō was pronounced ai-yō and was sometimes written aiiō.

b. Inquam (I say), is used only in direct quotations, except in poetry (cf. the English quoth). 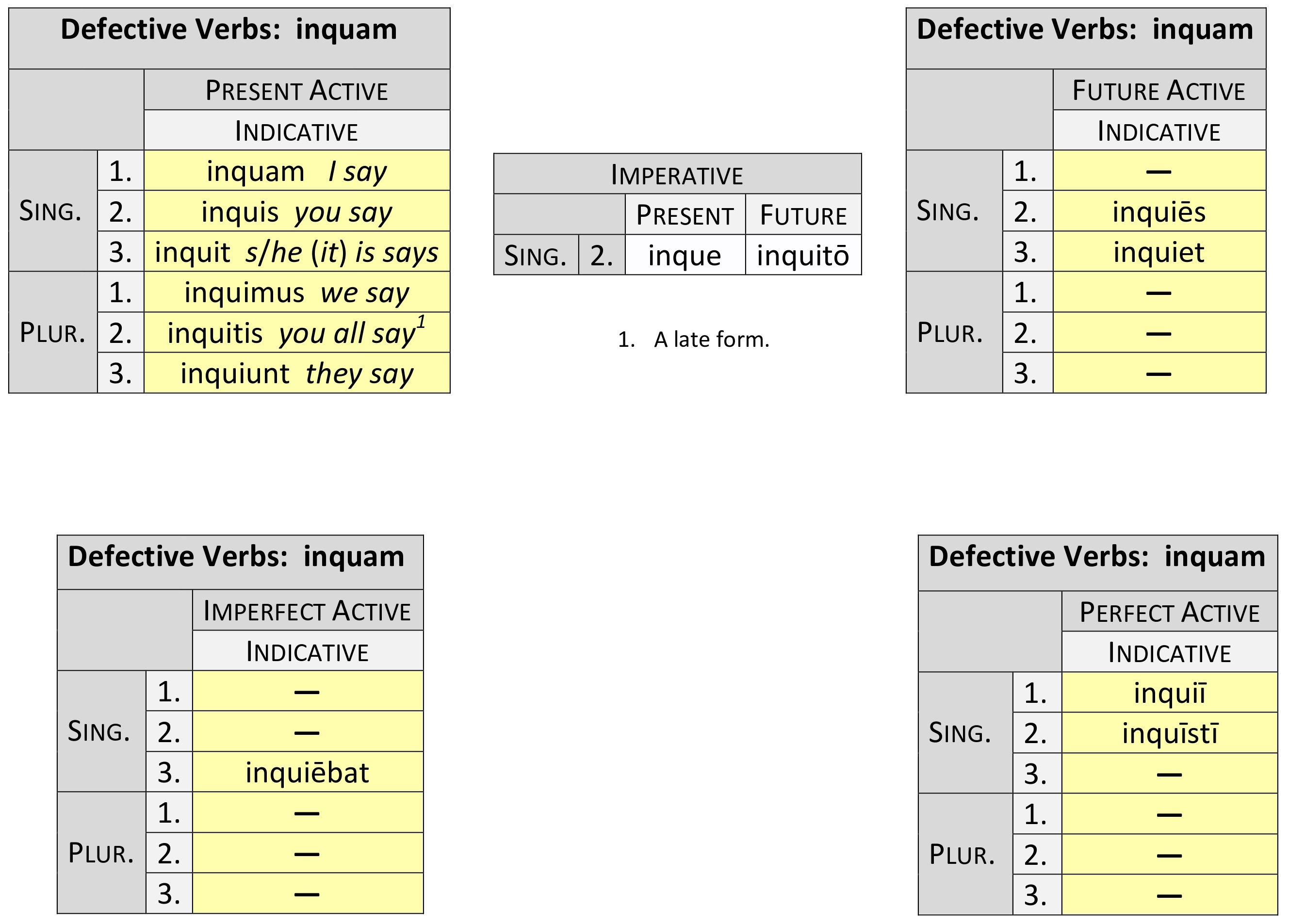 The only common forms are inquam, inquis, inquit, inquiunt, and the future forms īnquiēs, inquiet.

c. The deponent fārī (to speak) has the following forms.

The compound īnfāns is regularly used as a noun (child). īnfandus, nefandus, are used as adjectives (unspeakable, abominable).

d. Queō (I can) and nequeō (I cannot) are conjugated like eō. They are rarely used except in the present. Queō is regularly accompanied by a negative. The forms given below occur, those in bold-faced type in classic prose. The Imperative, Gerund, and Supine are wanting.

Note— A few passive forms are used with passive infinitives.

But, none of these occurs in classic prose.

e. Quaesō (I ask, beg; original form of quaerō), has the following forms.

f. Ovāre (to triumph) has the following forms.

g. A few verbs are found chiefly in the Imperative. 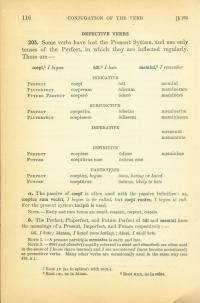 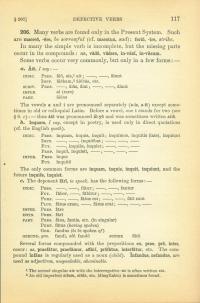 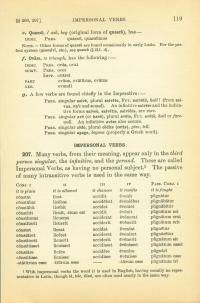