190. Deponent Verbs have the forms of the passive voice, with an active or reflexive signification. 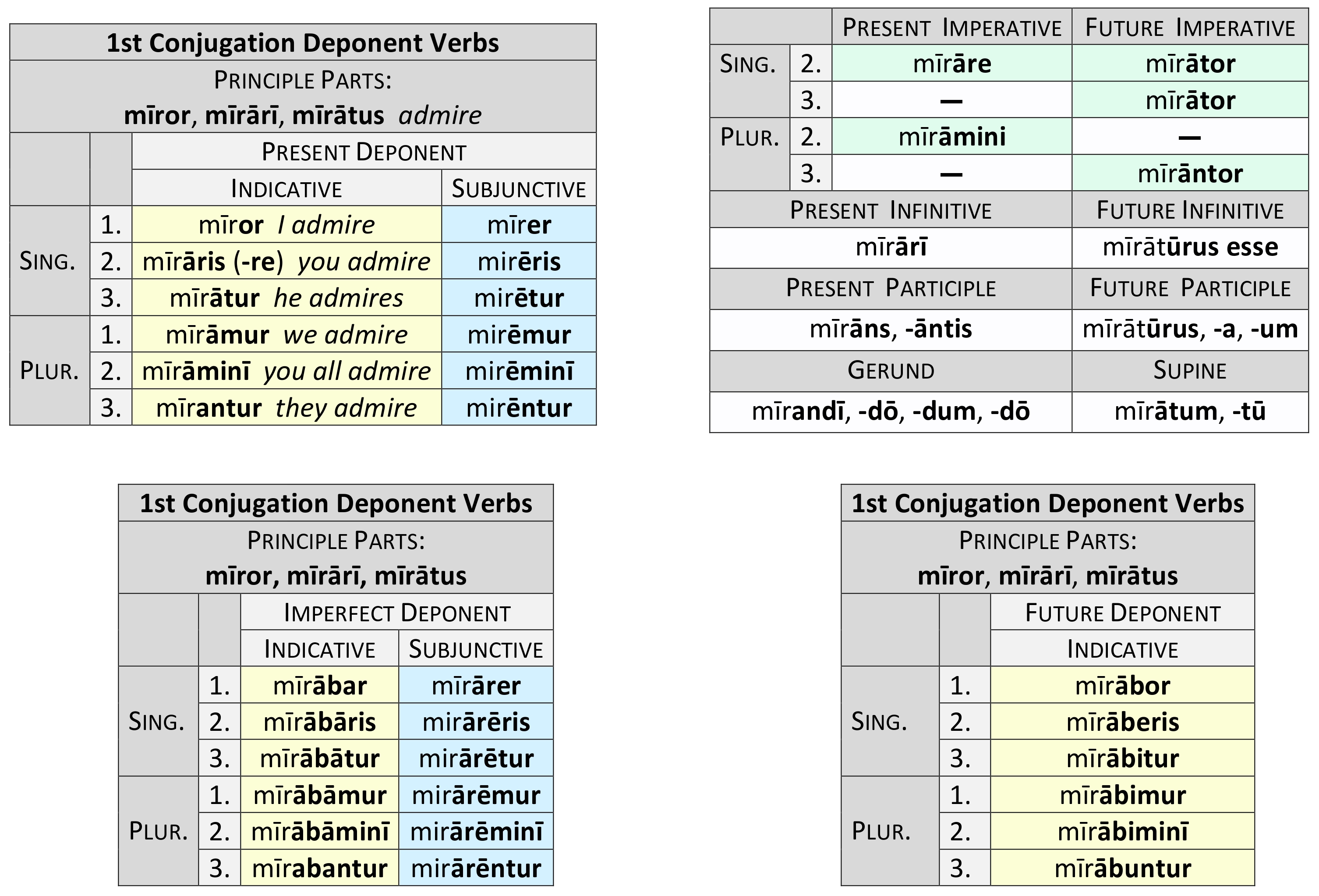 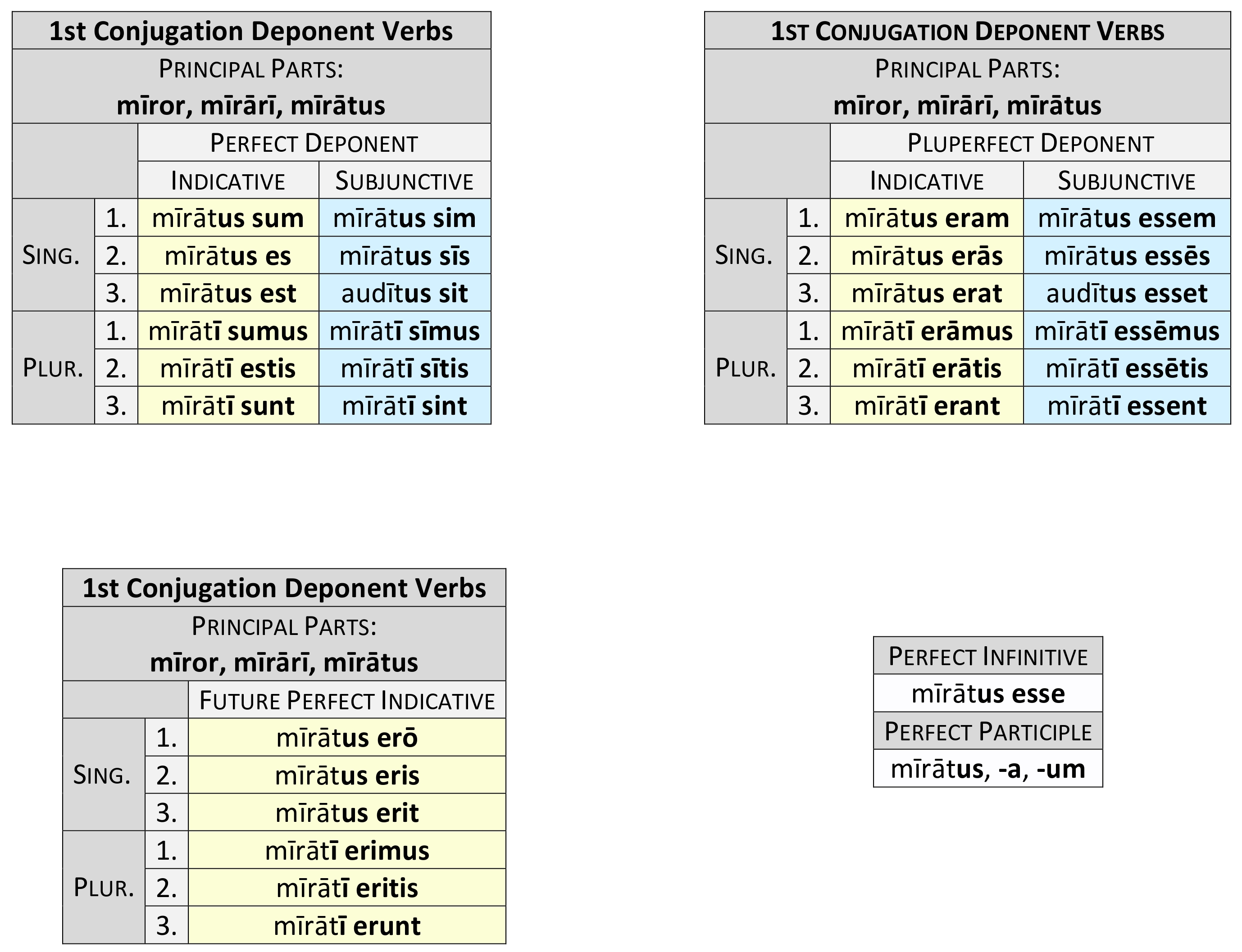 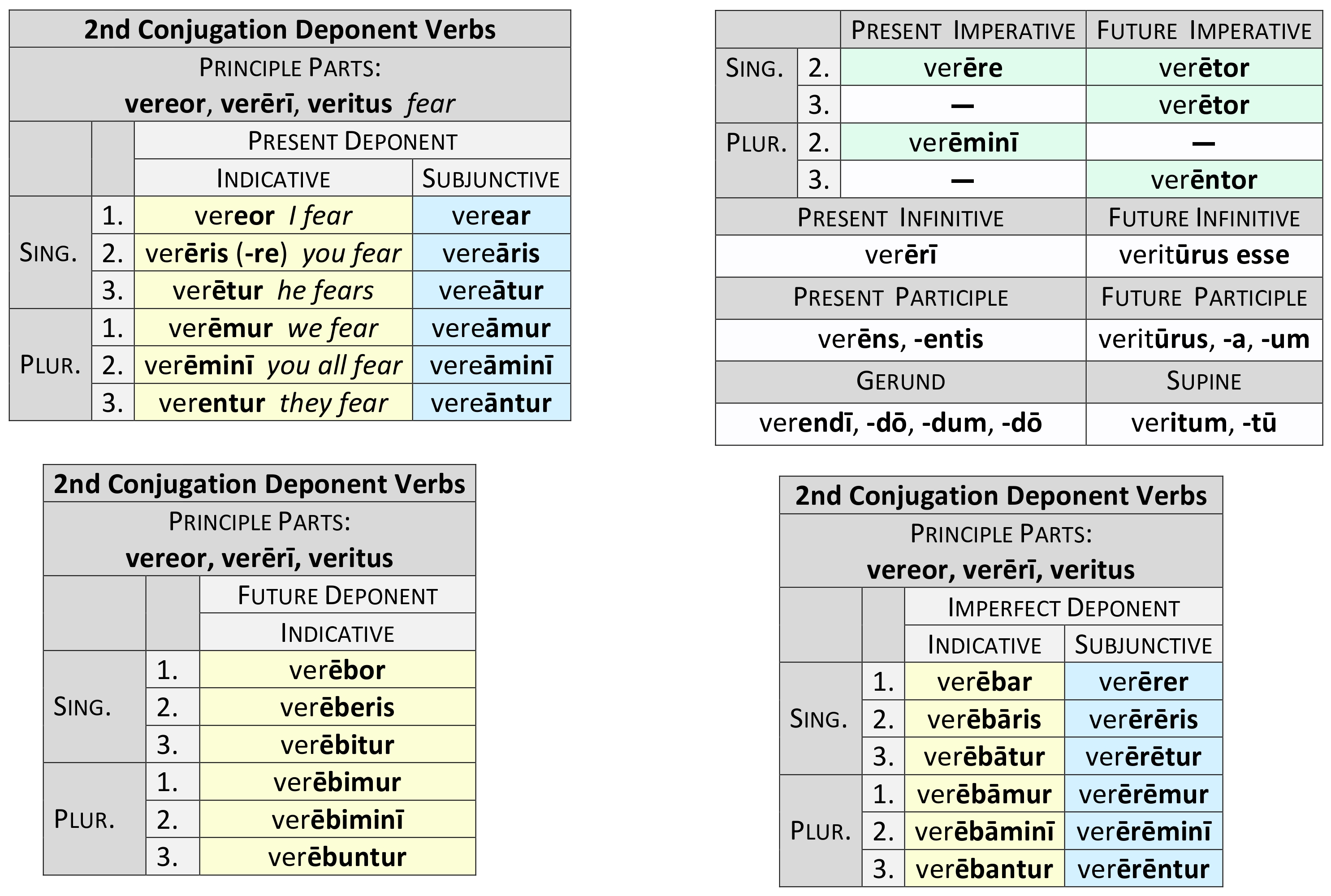 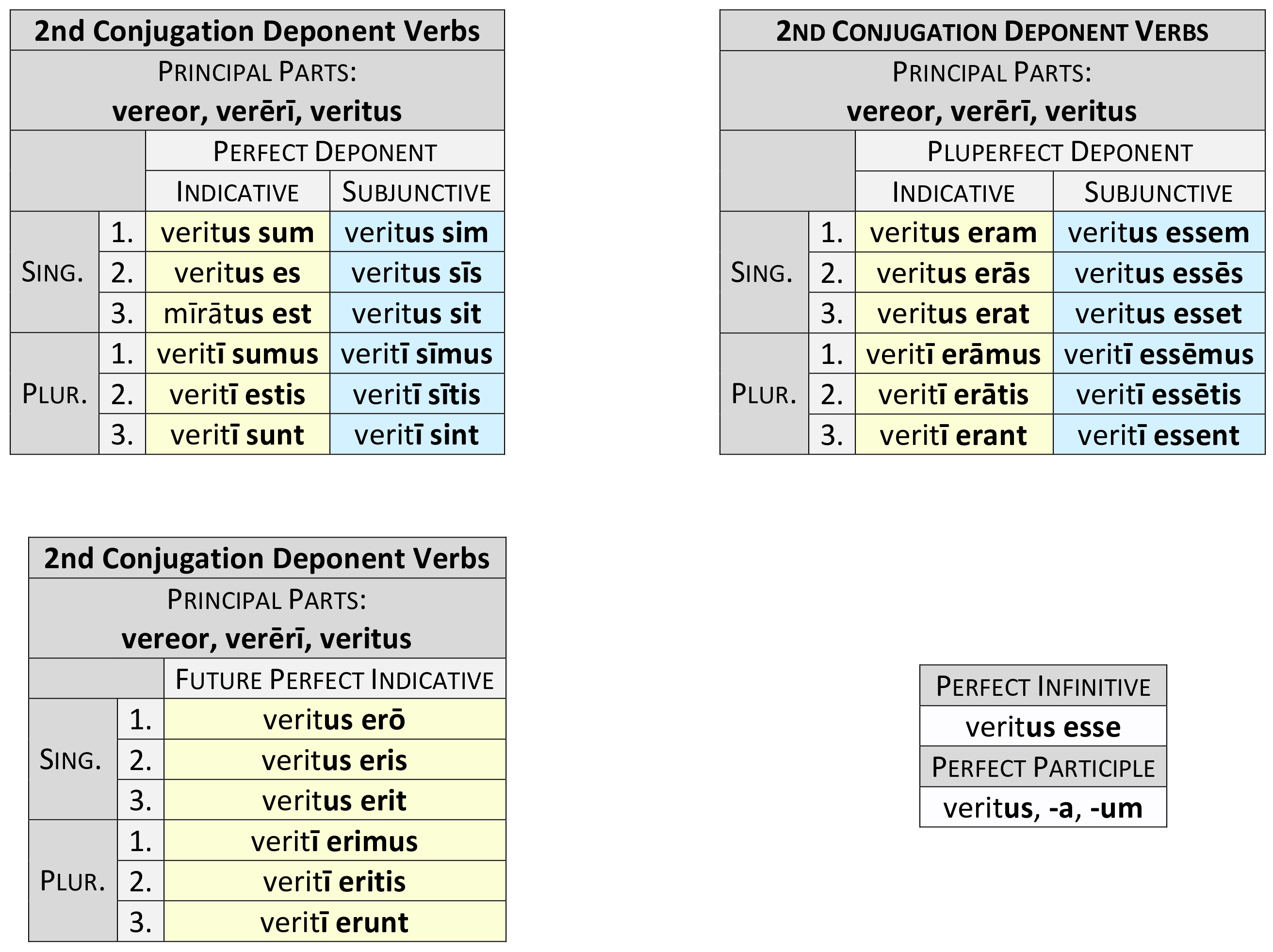 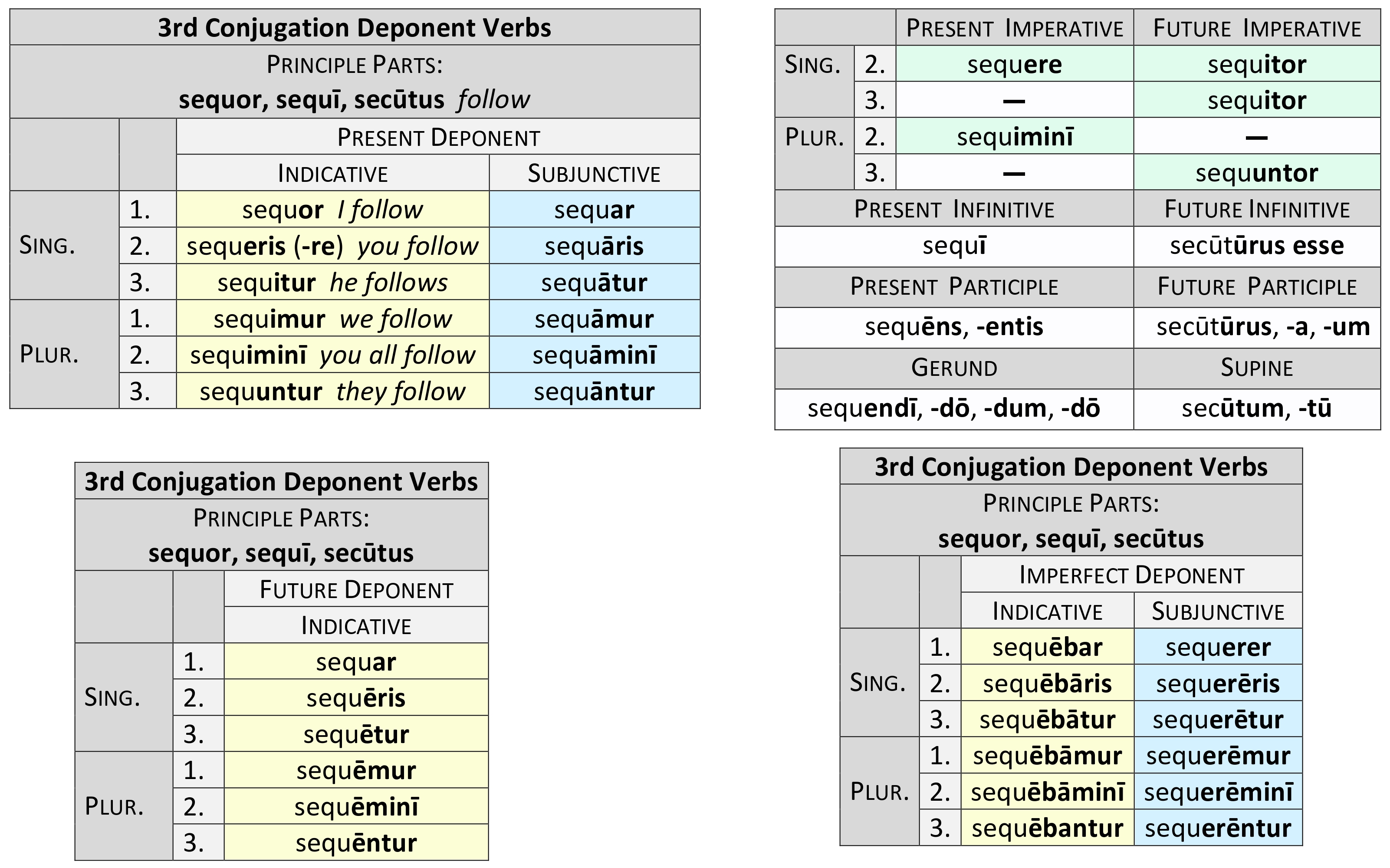 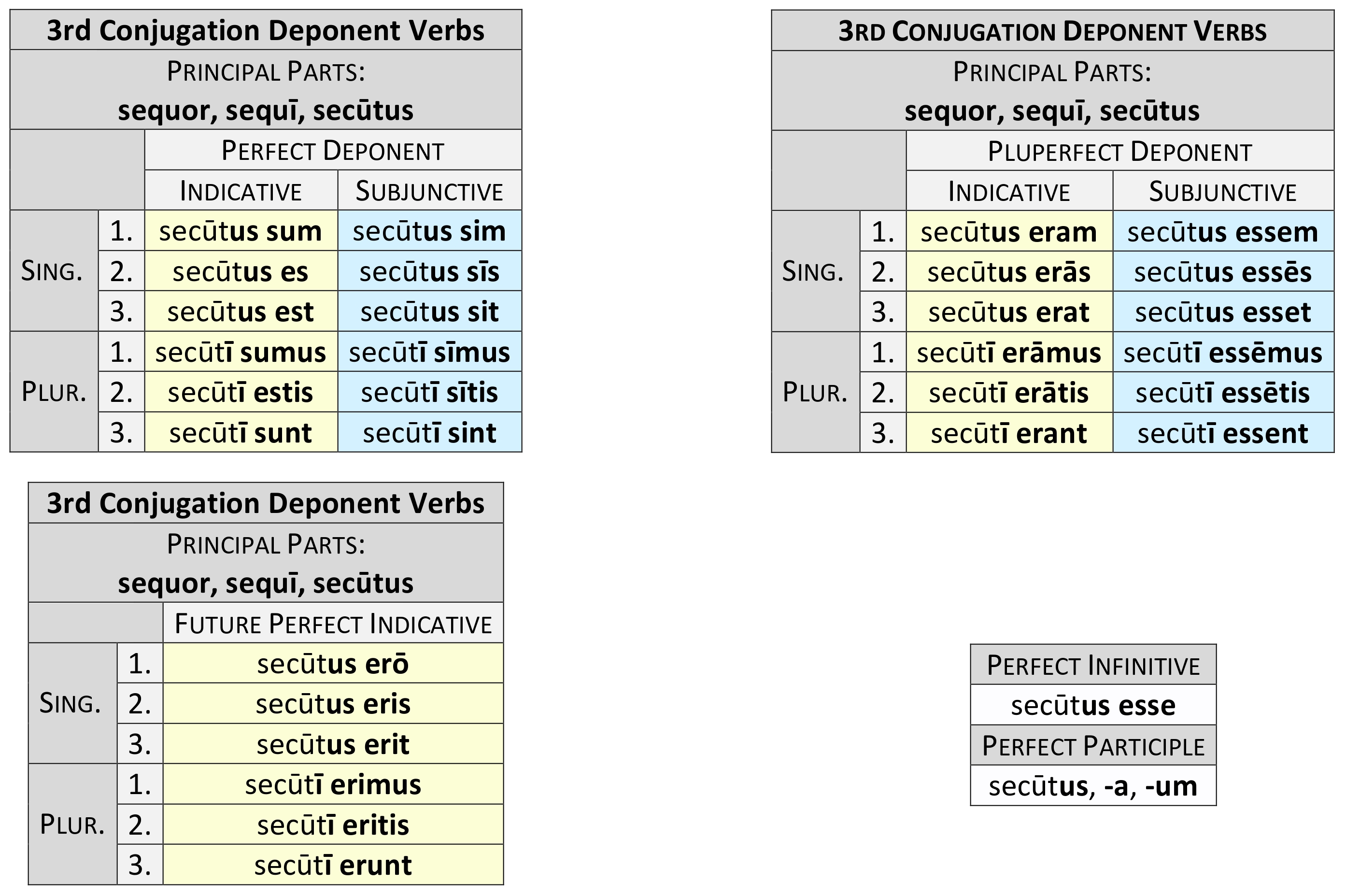 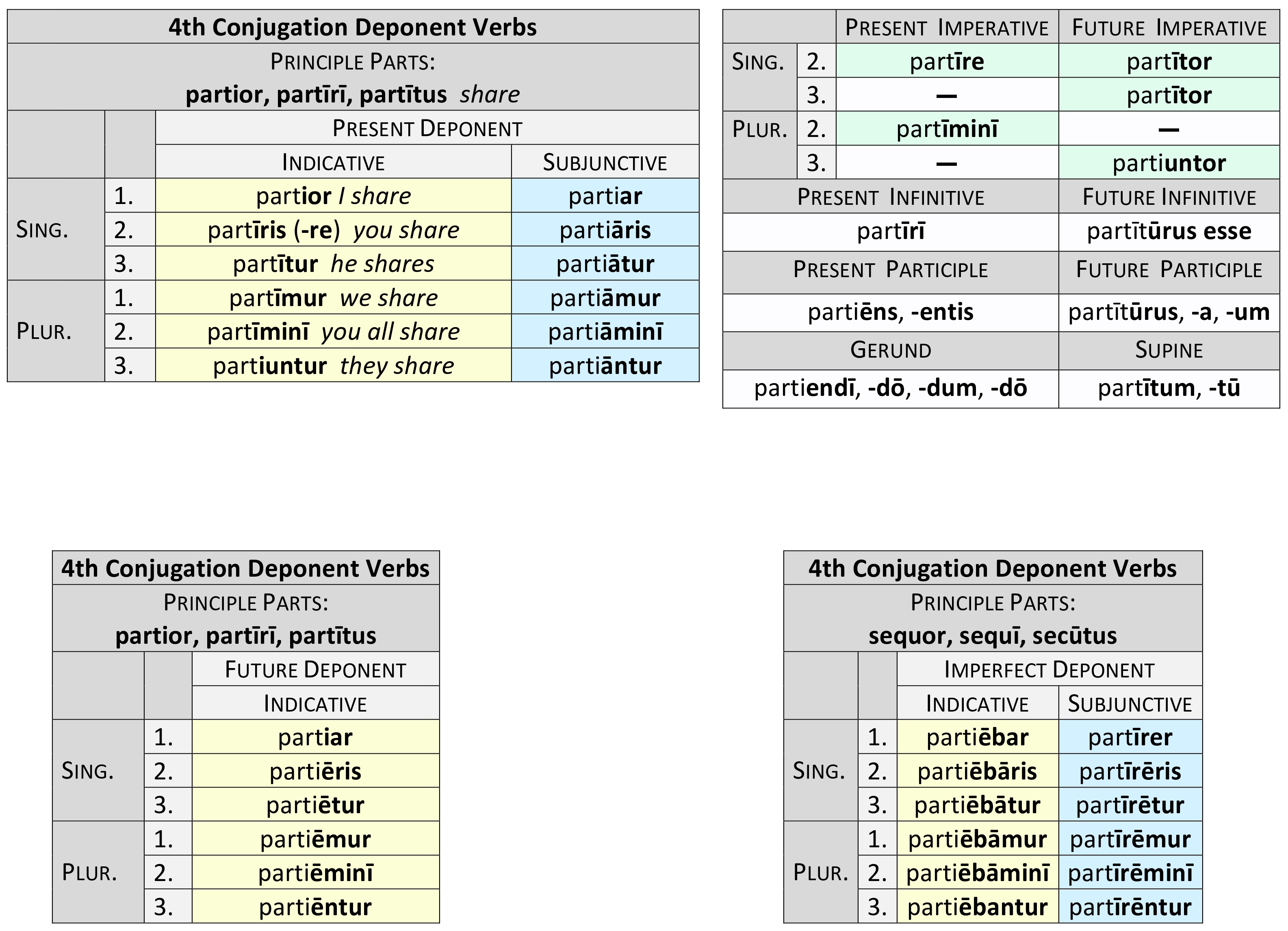 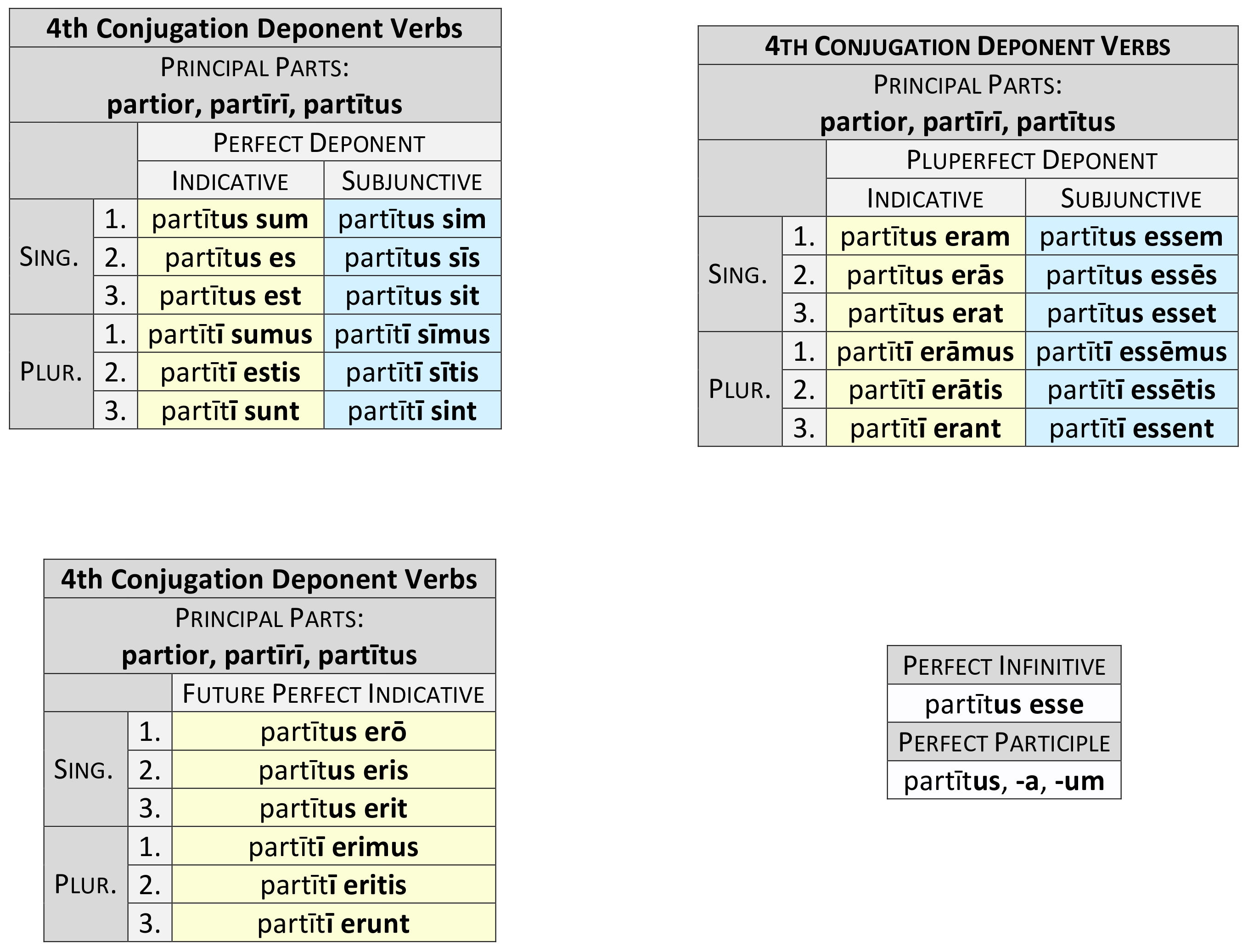 a. Deponents have the participles of both voices.

b. The Perfect Participle generally has an active sense, but in verbs otherwise deponent it is often passive.

c. The Future Infinitive is always in the active form, thus sequor has secūtūrus (-a, -um) esse (not secūtum īrī).

e. Most deponents are intransitive or reflexive in meaning, corresponding to what in Greek is called the Middle Voice (§ 156.a Note).

f. Some deponents are occasionally used in a passive sense.

crīminor I accuse or I am accused

g. About twenty verbs have an active meaning in both active and passive forms.

191. More than half of all deponents are of the 1st Conjugation, and all of these are regular. The following deponents are irregular.

a. The following deponents have no supine stem.

Note— Deponents are really passive (or middle) verbs whose active voice has disappeared. There is hardly one that does not show signs of having been used in the active at some period of the language.

192. A few verbs having no Perfect stem are regular in the Present, but appear in the tenses of completed action as deponents. These are called Semi-deponents. They are:

a. From audeō there is an old Perfect Subjunctive ausim. The form sōdēs for sī audēs (if you will), is frequent in the dramatists and rare elsewhere.

Note— The following verbs are sometimes found as semi-deponents: 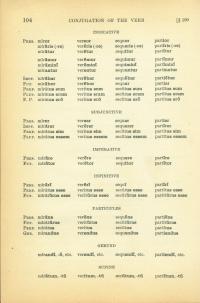 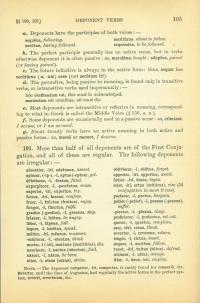 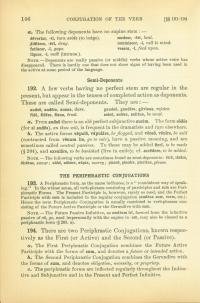