165. Every form of the finite verb is made up of two parts:

Thus in the verb vocā-bā-s (you were calling) the root is VOC, modified into the verb-stem vocā-, which by the addition of the ending -bās becomes the imperfect tense vocābās; and this ending consists of the tense-sign bā- and the personal ending (-s) of the second person singular.

166. The Verb endings, as they are formed by the signs for mood and tense combined with personal endings, are— 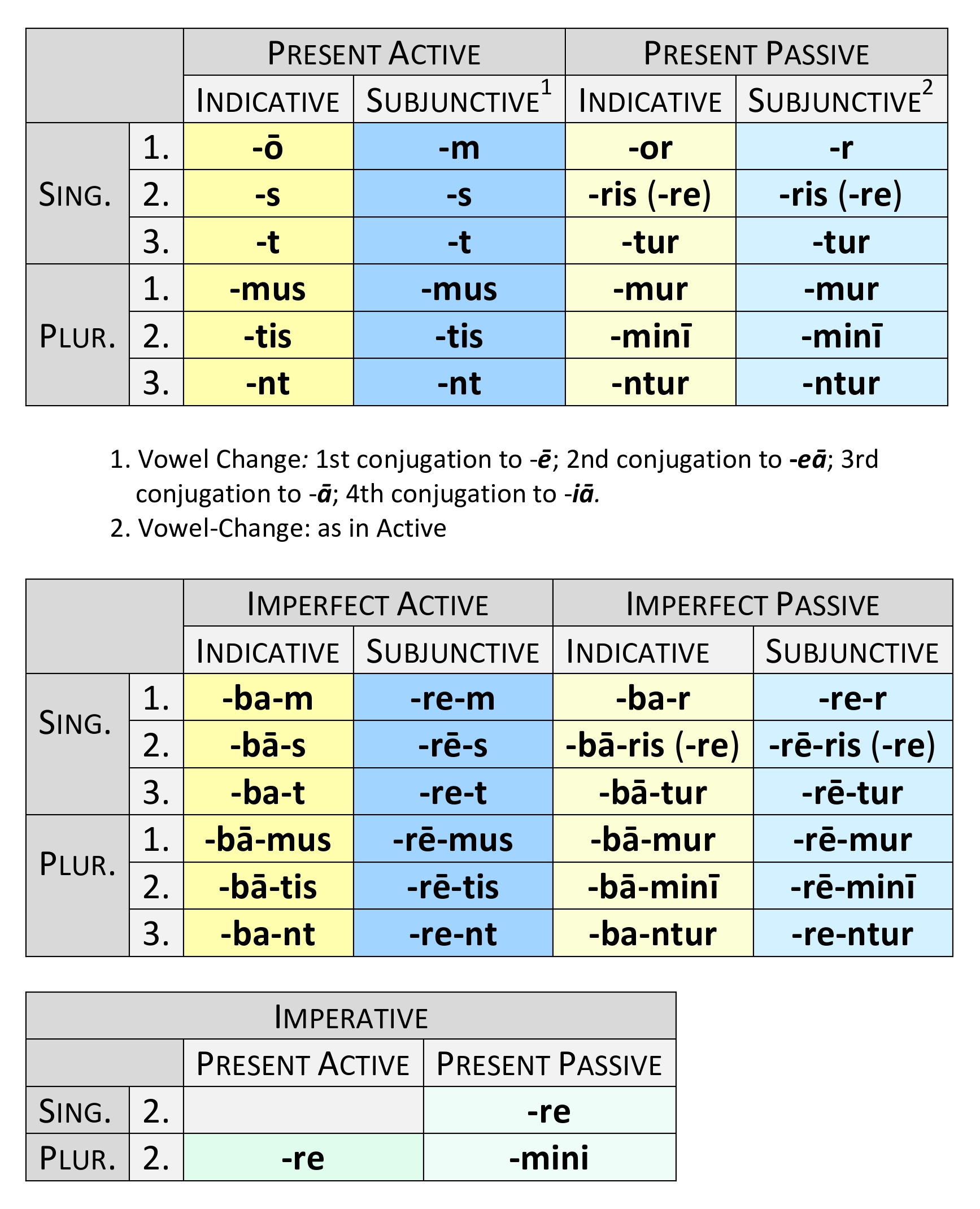 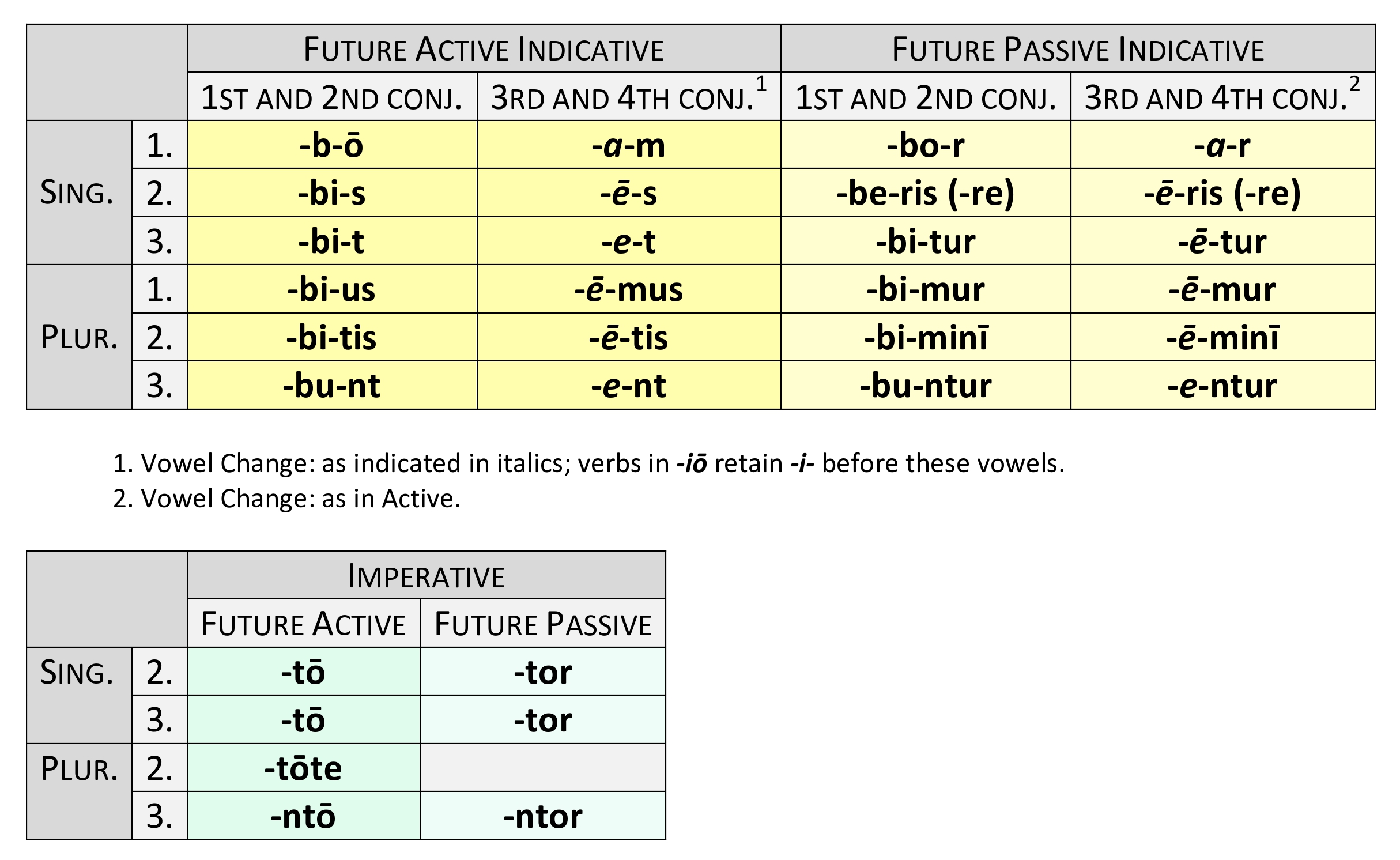 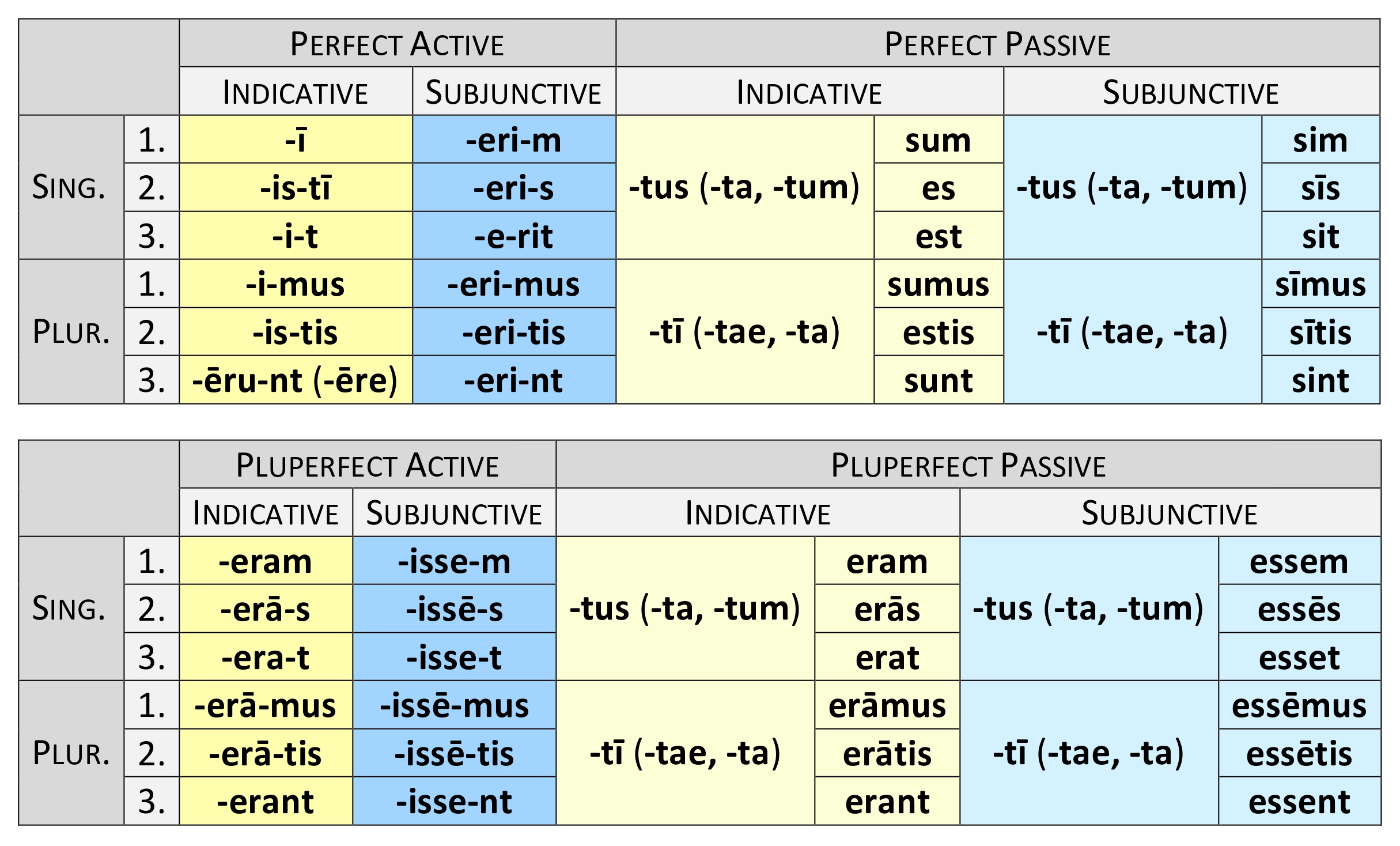 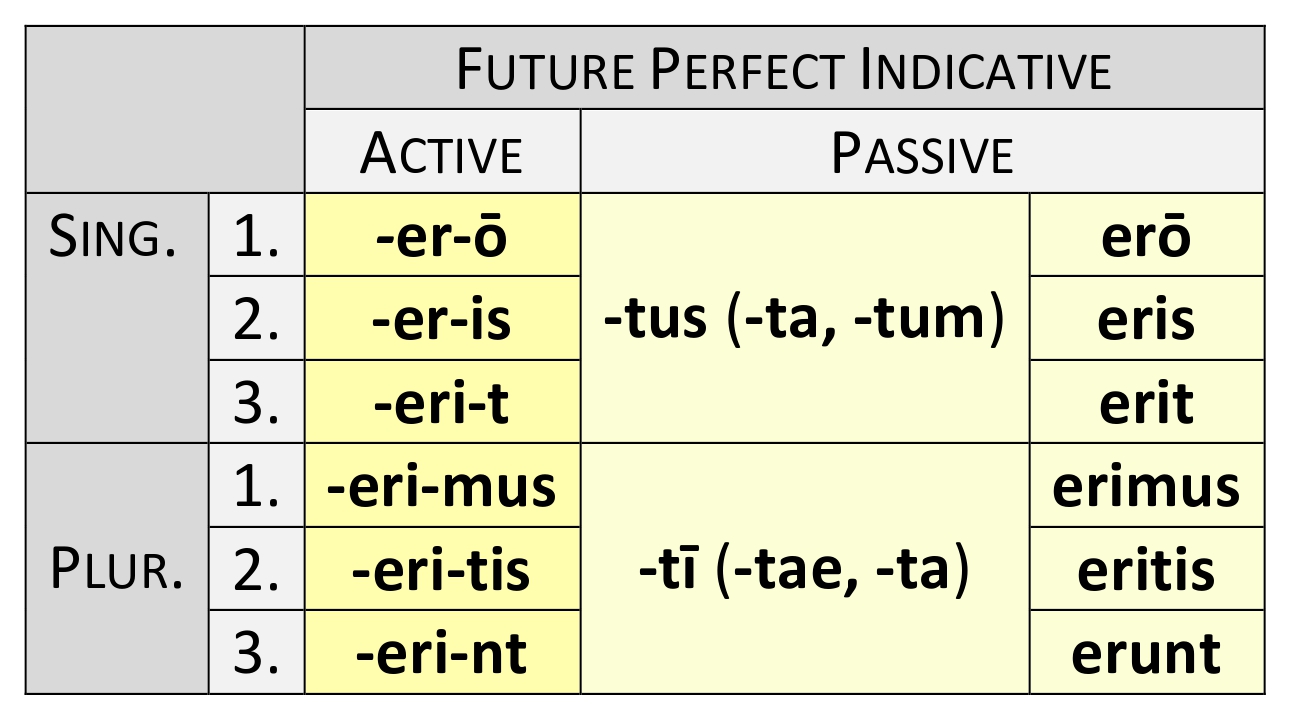 For convenience a table of the Noun and Adjective forms of the verb is here added. 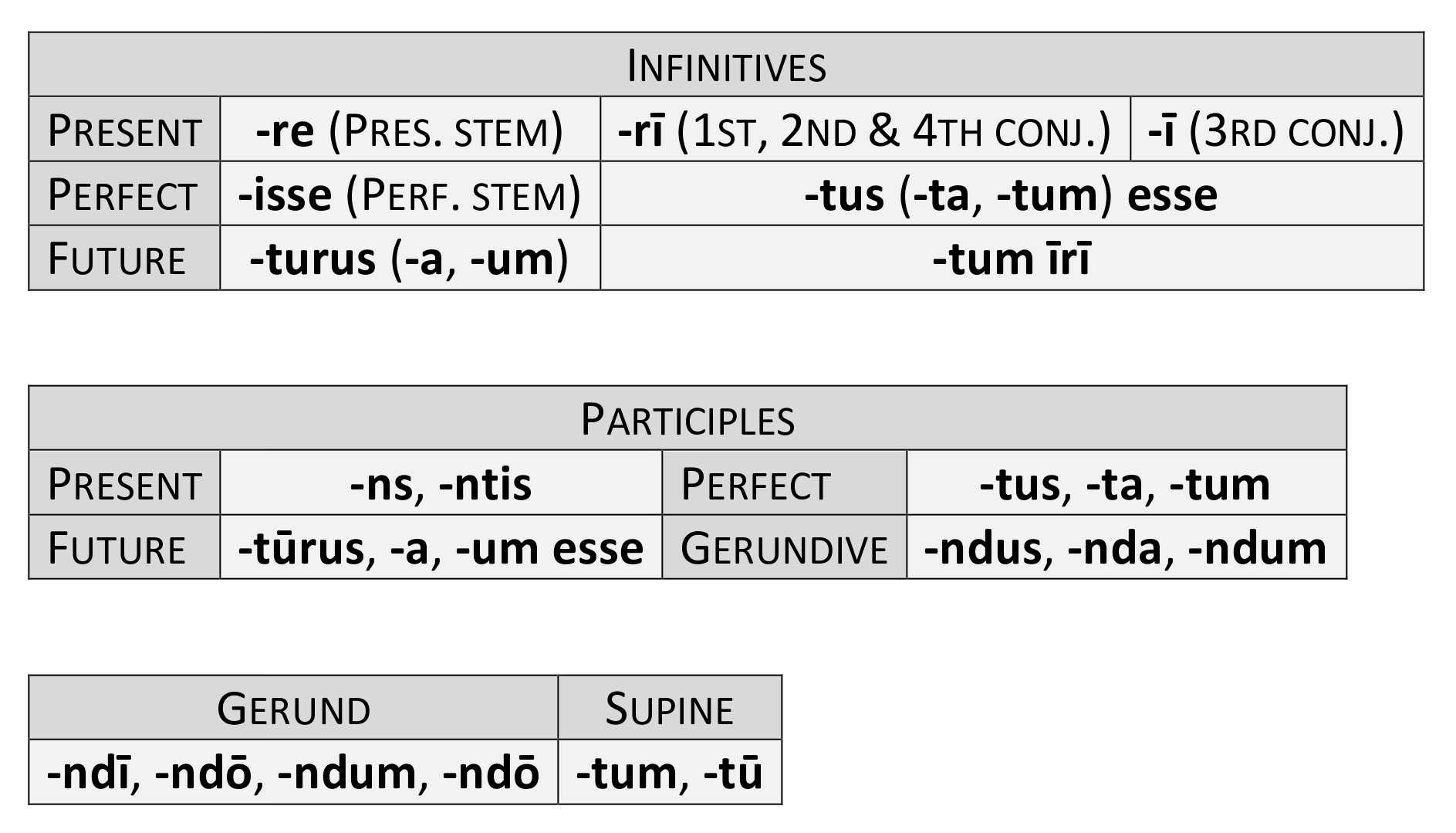 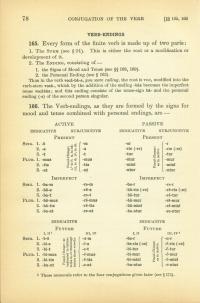 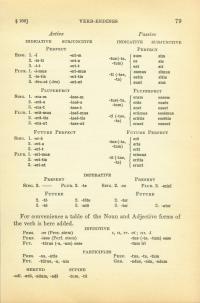 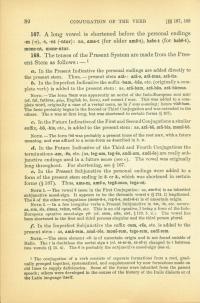