170. The verb sum (be) is both irregular and defective, having no gerund or supine, and no participle but the future. Its conjugation is given at the outset, on account of its importance for the inflection of other verbs. 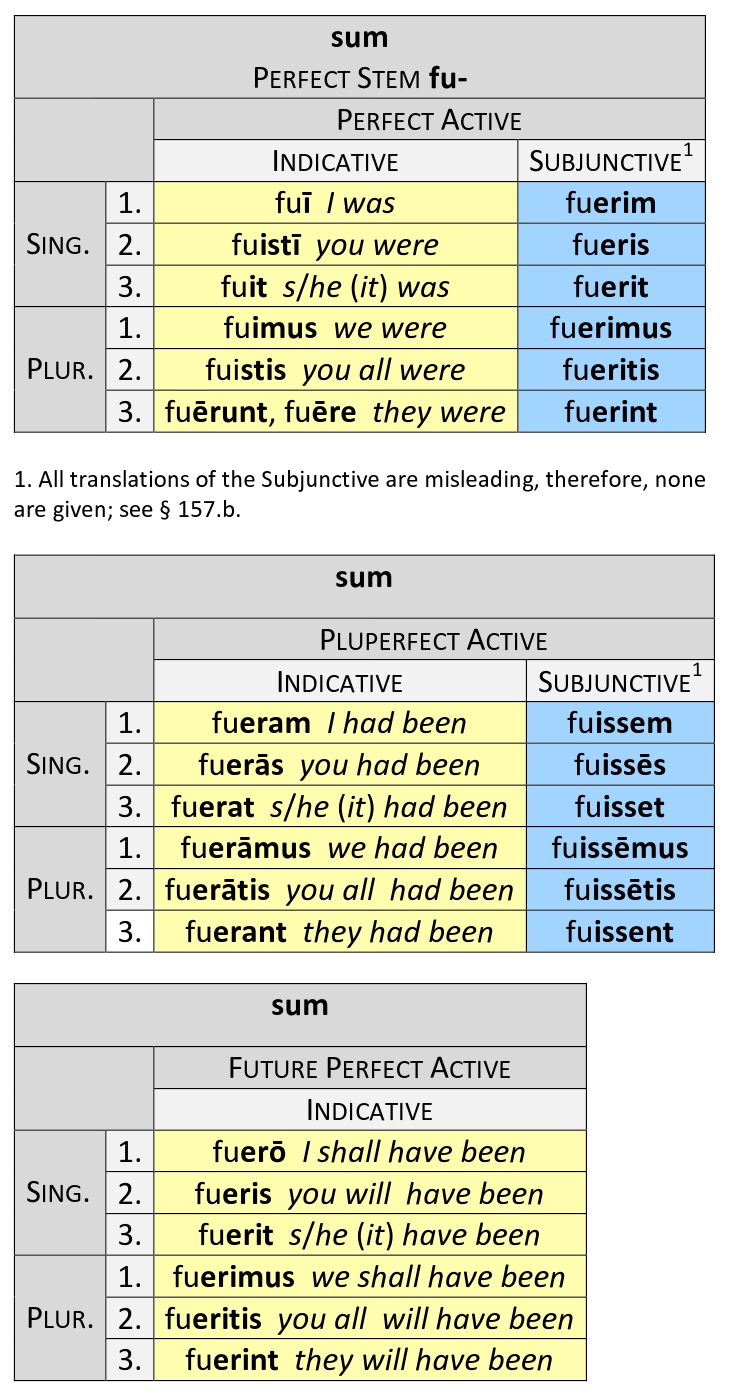 b. The Present participle, which would regularly be †sōns,1 appears in the adjective īn-sōns (innocent) and in a modified form in ab-sēns, prae-sēns. The simple form ēns is sometimes found in late or philosophical Latin as a participle or abstract noun, in the forms ēns (being), entia (things which are).

The root of the verb sum is ES, which in the Imperfect is changed to ER (see § 15.4), and in many forms is shortened to S. Some of its modifications, as found in several languages more or less closely related to Latin, may be seen in the following table— the Sanskrit syām corresponding to the Latin sim (siem).

The Perfect and Supine stems, fu-, fut-, are kindred with the Greek ἔφυ, and with the English be. 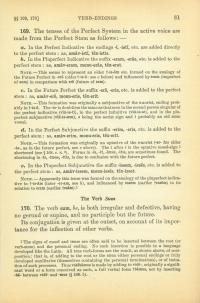 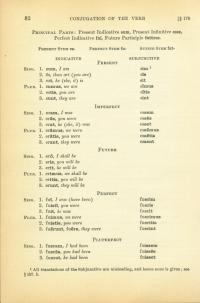 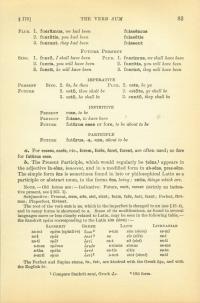