525. The uses of some of the more common conditional particles may be stated as follows.

a. Sī is used for affirmative, nisi (nī) and sī nōn for negative conditions.

b. Nisi vērō and nisi forte regularly introduce an objection or exception ironically, and take the Indicative.

nisi forte volumusEpicūrēōrum opīniōnem sequī (Fat. 37) unless, to be sure, we choose to follow the notion of the Epicureans.

Note— This is the regular way of introducing a reductio ad absurdum in Latin. Nisi alone is sometimes used in this sense.

c. Sīve (seu) . . . sīve (seu) whether ... or, introduce a condition in the form of an alternative. They may be used with any form of condition, or with different forms in the two members. Often also they are used without a verb.

Accūsātor illum dēfendet sī poterit; sīnminus poterit, negābit. (Inv. 2.88) The accuser will defend him if he can; but if he cannot, he will deny.

e. Nisi is often used loosely by the comic poets in the sense of only when a negative (usually nesciō) is expressed, or easily understood, in the main clause. 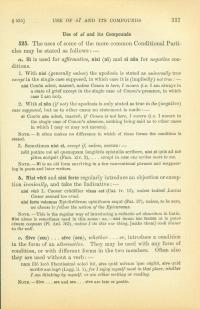 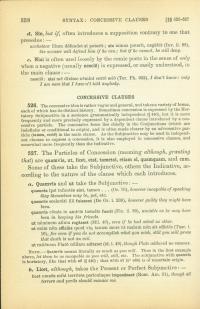