142. The Personal pronouns are as follows.

The personal pronouns of the 3rd person—he, she, it, they—are wanting in Latin, a demonstrative being sometimes used instead. 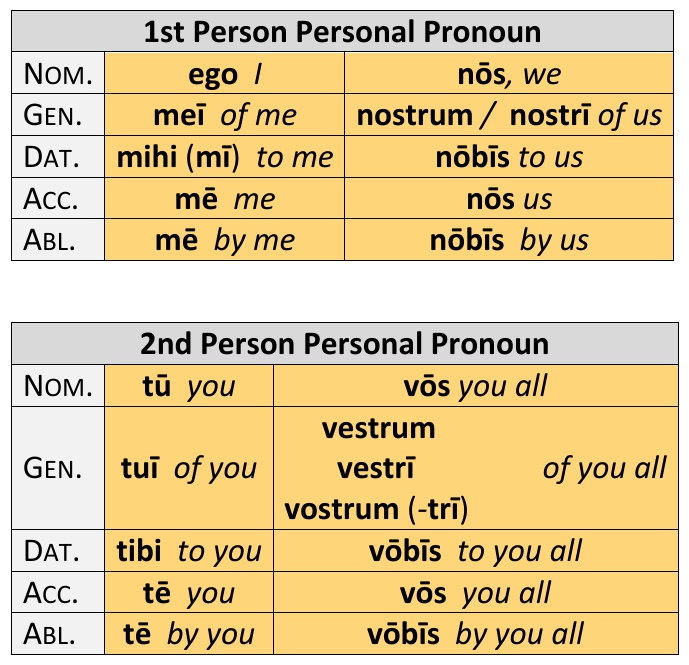 b. The forms nostrum, vestrum, etc., are used partitively.

Note— The forms of the genitive of the personal pronouns are really the genitives of the possessives.

So in early and later Latin we find ūna vestrārum one of you (women).

d. Emphatic forms of tū are tūte and tūtemet (tūtimet). The other cases of the personal pronouns, excepting the genitive plural, are made emphatic by adding -met.

e. Reduplicated forms are found in the accusative and ablative singular.

Tēcum loquitur. He talks with you. 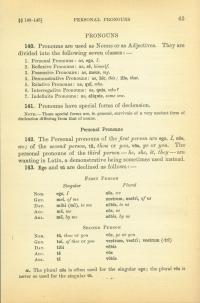 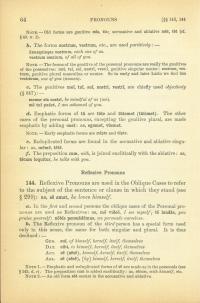