139. The following adjectives are called Multiplicatives.

a. The following are Proportionals.

d. Other derivatives are as follows. 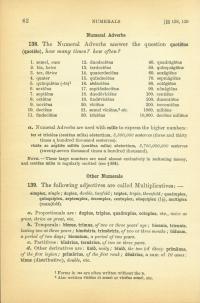