589. Conditional sentences in Indirect Discourse are expressed as follows.

b. In changing a Condition Contrary to Fact (§ 517) into the Indirect Discourse, the following points require notice:

Caesar respondit . . . sī alicûius iniūriae sibi cōnscius fuisset, nōn fuisse difficile cavēre. (B. G. 1.14) Cæsar replied that if [the Roman people] had been aware of any wrong act, it would not have been hard for them to take precautions. [Direct: sī fuisset, nōn difficile fuit (§ 517.c).]

Note 2— The periphrasis futūrum fuisse ut is sometimes used from choice when there is no necessity for resorting to it, but not in Cæsar or Cicero.

Note 3— Very rarely the Future Infinitive is used in the Indirect Discourse to express the Apodosis of a Present Condition contrary to fact. Only four or five examples of this use occur in classic authors.

590. The following example illustrates some of the foregoing principles in a connected address. 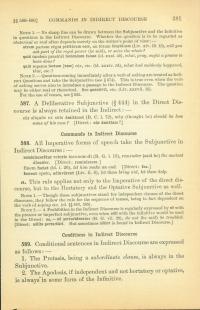 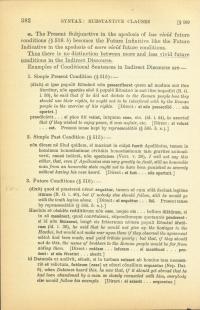 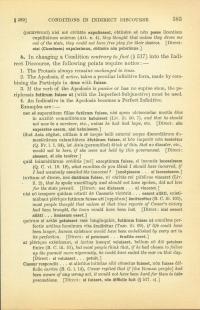 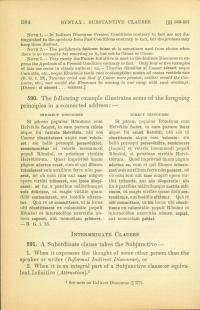