49.a. The locative form of this declension ends for the singular in -ī.

b. The genitive of nouns in -ius or -ium ended, until the Augustan Age, in a single -ī;

but the accent of the Nominative is retained.

c. Proper names in -ius have -ī in the Vocative, retaining the accent of the Nominative.

Adjectives in -ĭus form the Vocative in -ie, and some of these are occasionally used as nouns.

also in compounds of vir, and in many words of money, measure, and weight.

e. The original ending of the Ablative singular (-ōd) is sometimes found in early Latin. 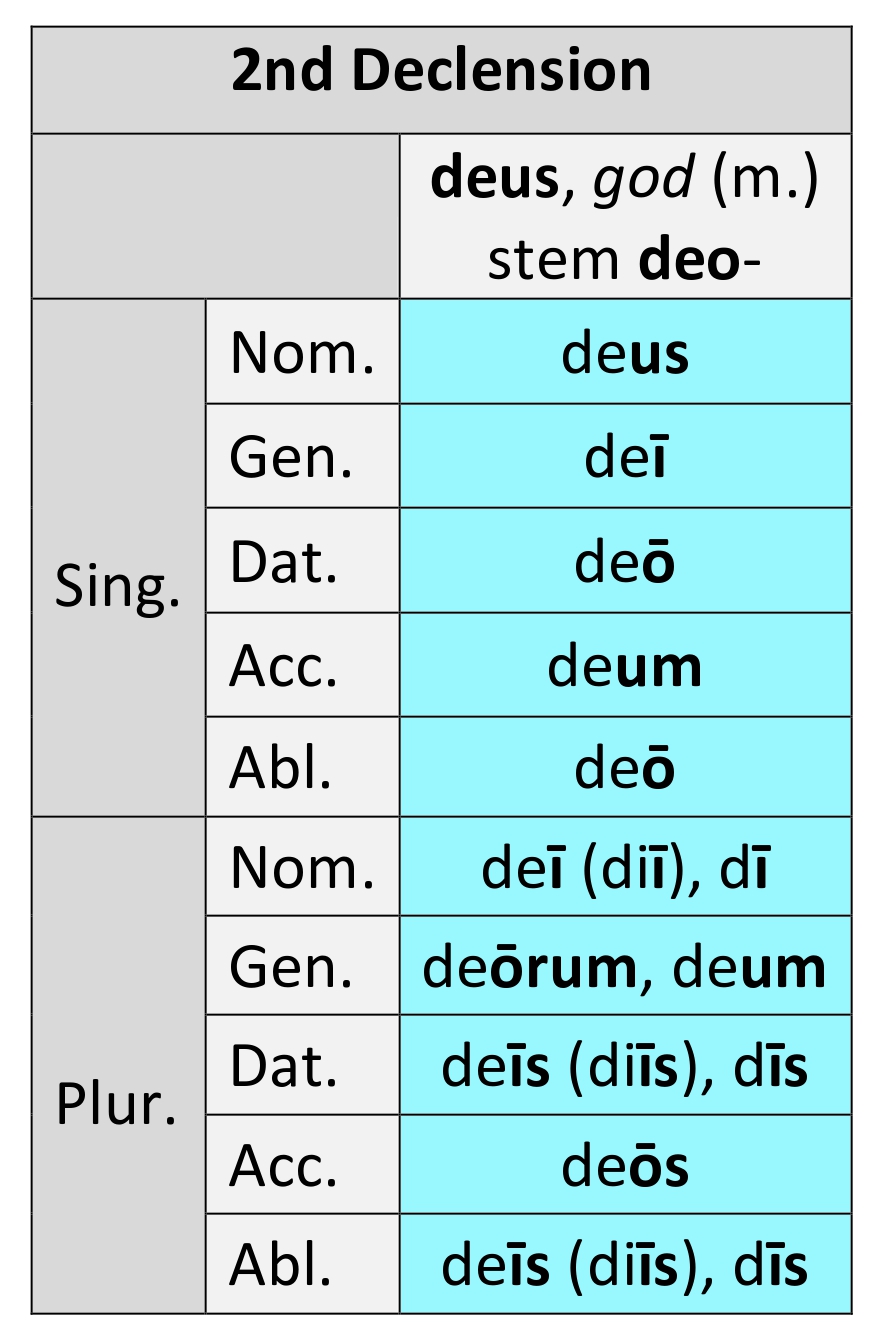 Note— The vocative singular of deus does not occur in classic Latin, but is said to have been dee; deus (like the nominative) occurs in the Vulgate. For the genitive plural, dīvum or dīvom, dīvus  divine) is often used.

1. The genitive in -iī occurs once in Virgil, and constantly in Ovid, but was probably unknown to Cicero. 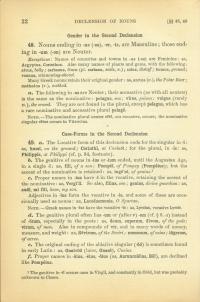 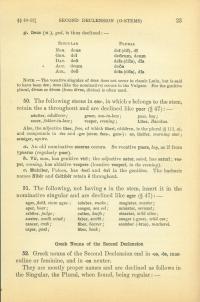