202. The irregular verb dō (give) is conjugated as follows. 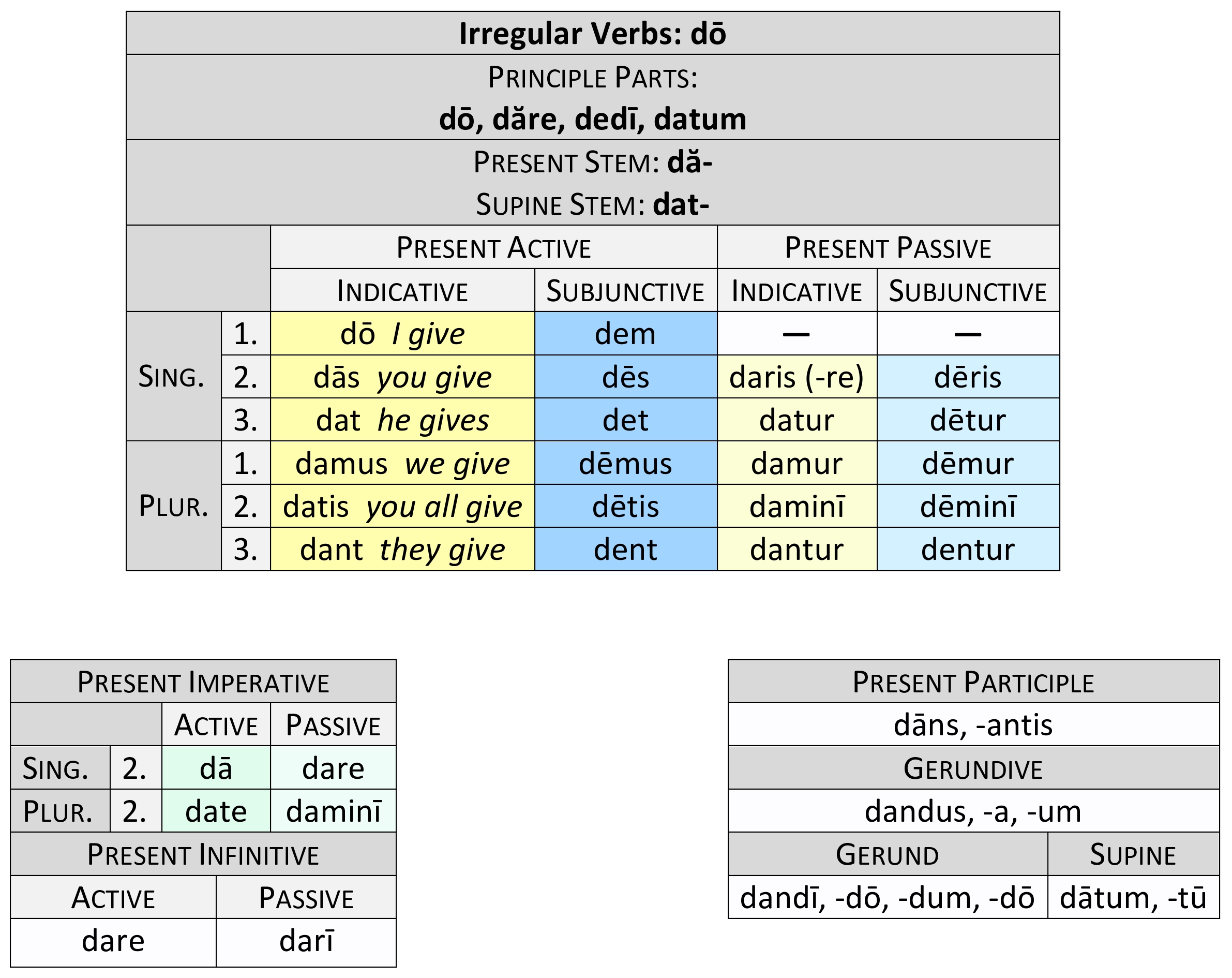 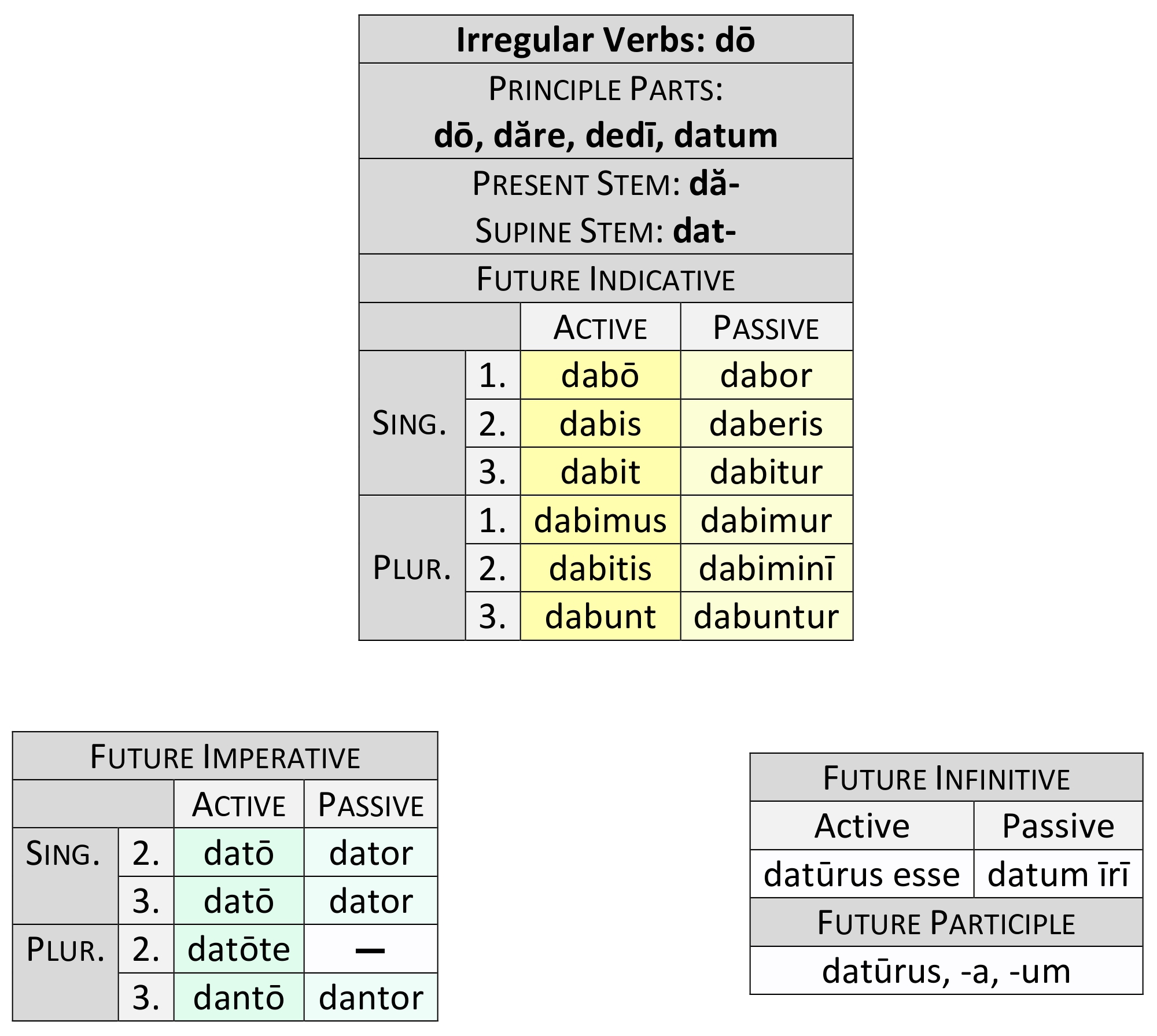 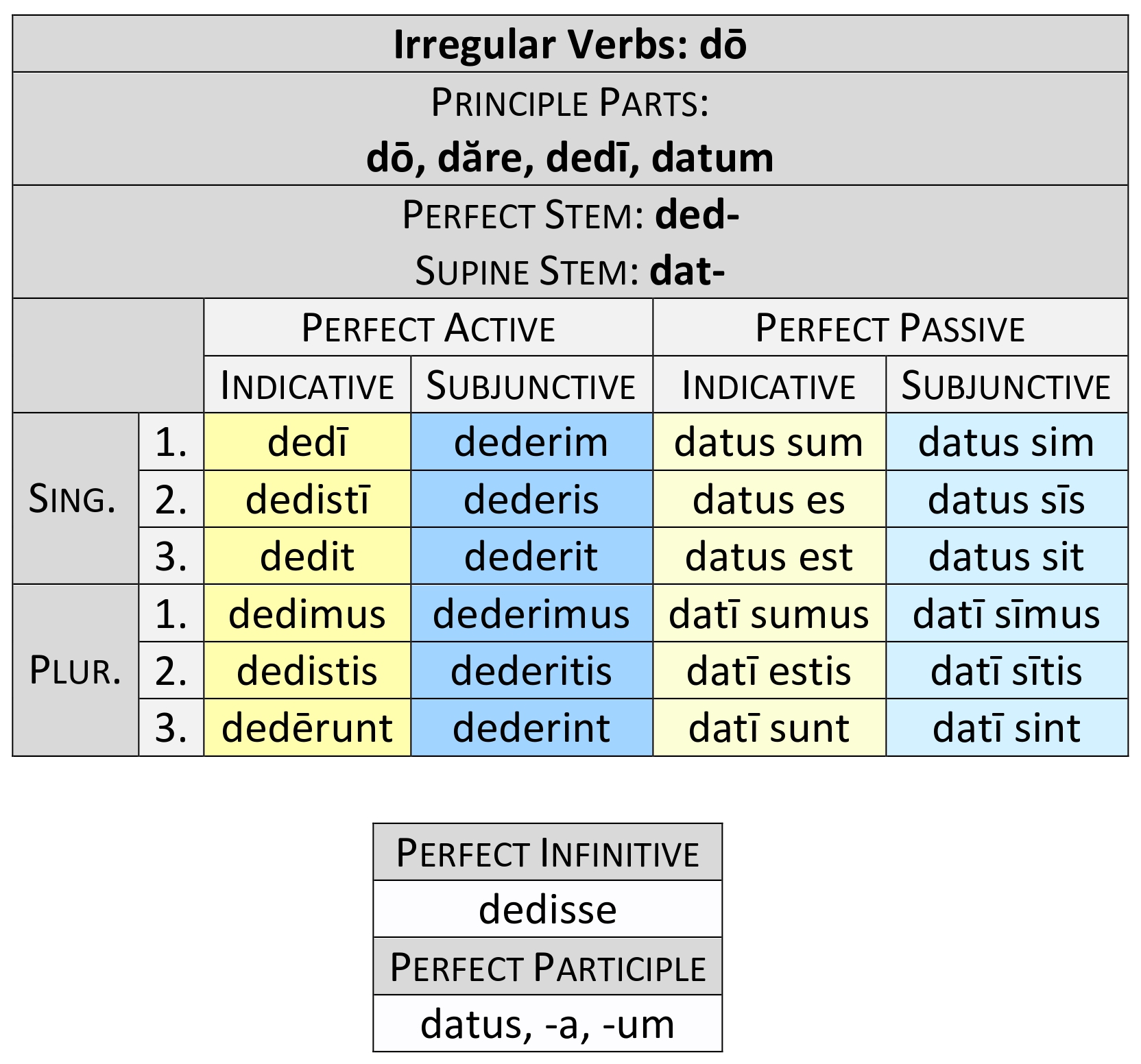 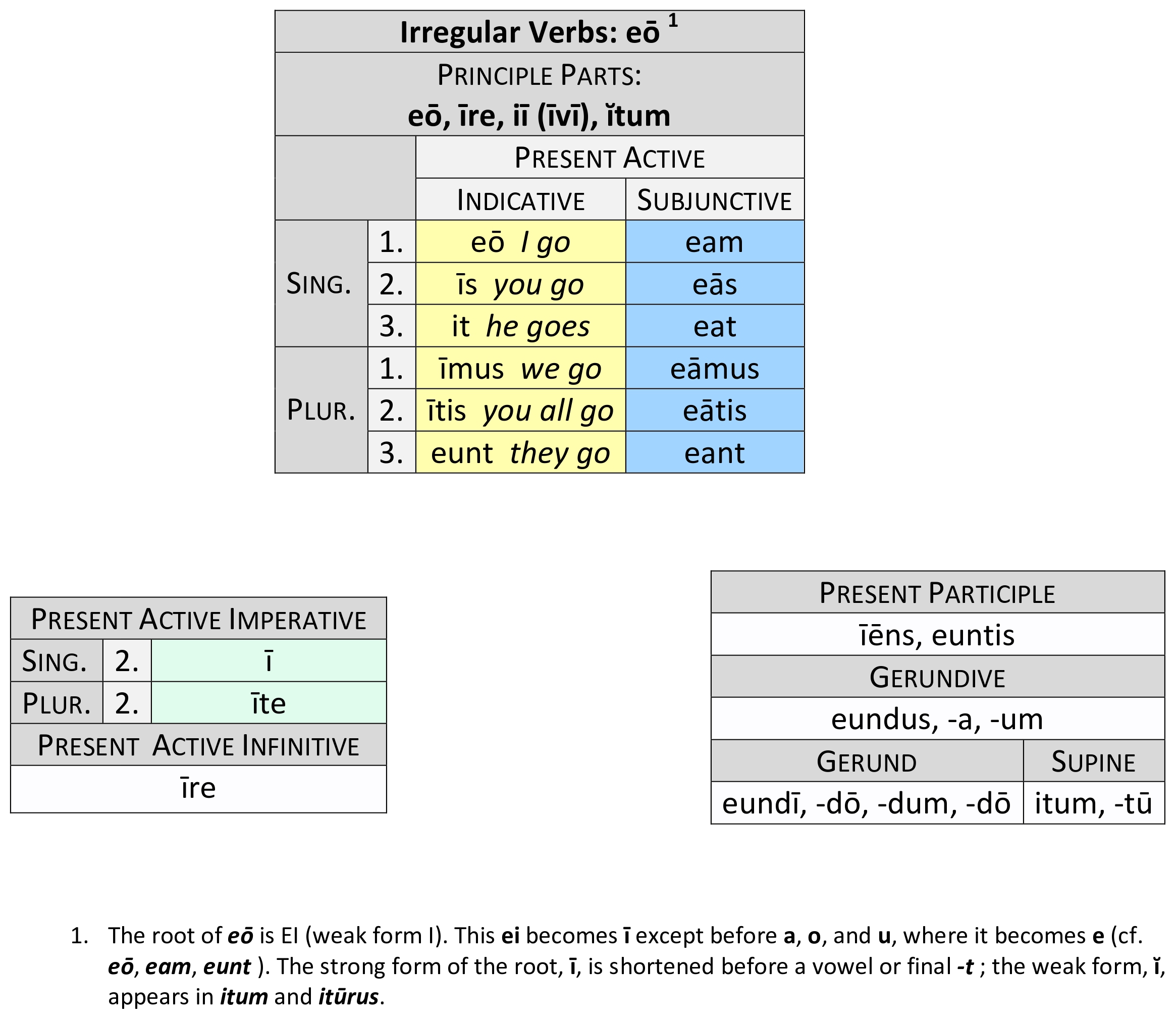 a. The compounds adeō (approach), ineō (enter), and some others, are transitive. They are inflected as follows in the passive. 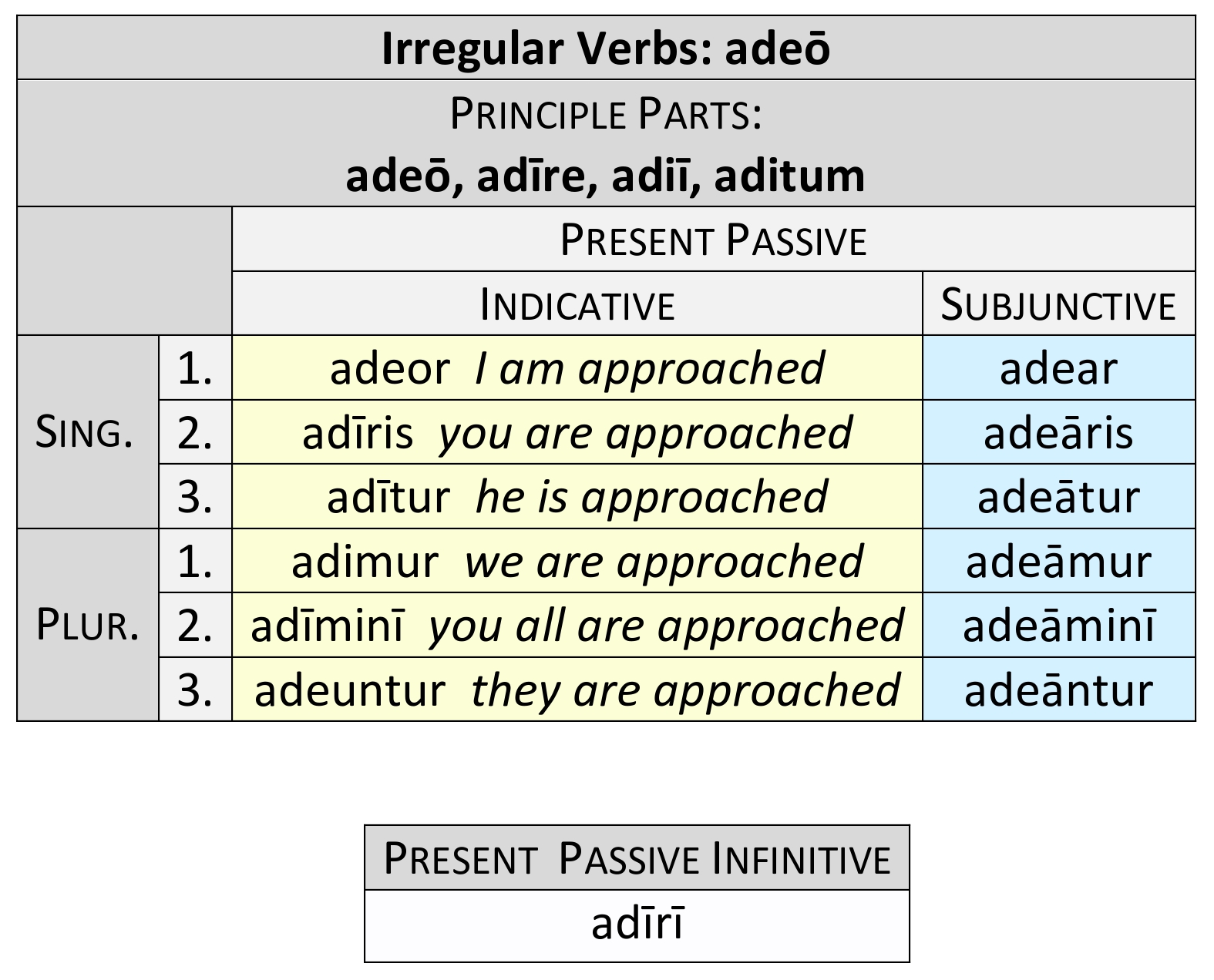 Thus inflected, the forms of eō are used impersonally in the 3rd person singular of the passive.

The infinitive īrī is used with the supine in -um to make the future infinitive passive (§ 193, Note). The verb vēneō, i.e. vēnum eō (be sold, go to sale), has also several forms in the passive.

b. In the perfect system of eō the forms with v are very rare in the simple verb and unusual in the compounds.

c. ii- before s is regularly contracted to ī-

d. The compound ambiō is inflected regularly like a verb of the 4th conjugation. But it has also ambībat in the imperfect indicative. 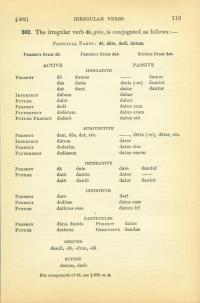 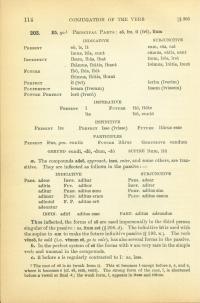 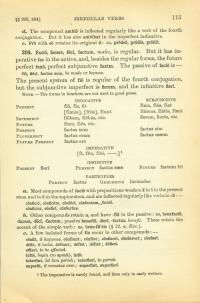