120. Comparatives are declined as follows. 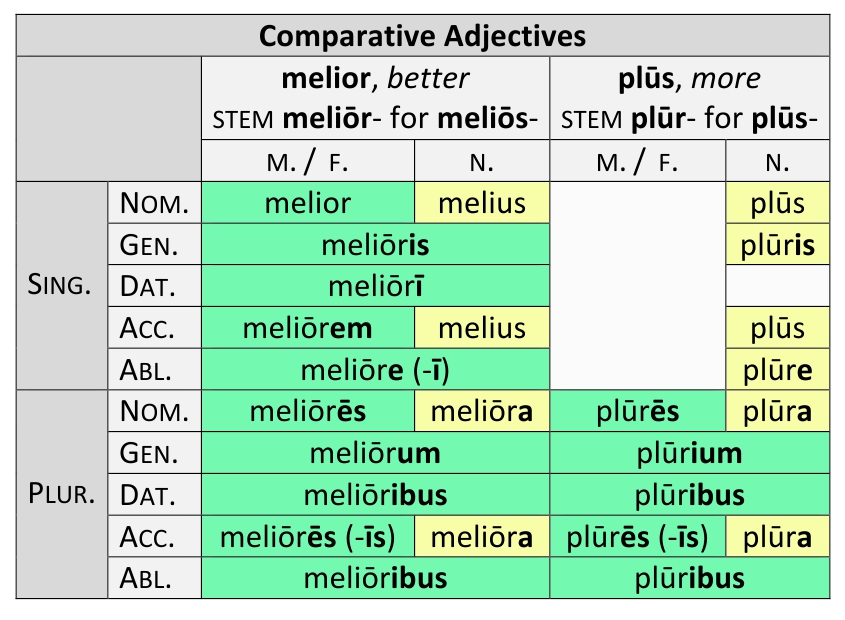 a. All comparatives except plūs are declined like melior.

b. The stem of comparatives properly ended in ŏs-, but this became or- in the nominative masculine and feminine, and ōr- in all other cases except the nominative and accusative singular neuter, where s is retained and ŏ is changed to ŭ (cf. honŏr, -ōris; corpus, -ŏris). Thus comparatives appear to have two terminations.

c. The neuter singular plūs is used only as a noun. The genitive (rarely the ablative) is used only as an expression of value (cf. § 417). The dative is not found in classic use. The compound complūrēs, several, has sometimes neuter plural complūria. 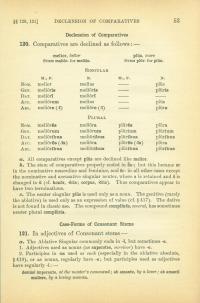