Declension of Cardinals and Ordinals

134. Of the Cardinals only ūnus, duo, trēs, the hundreds above one hundred, and mīlle (when used as a noun) are declinable.

a. For the declension of ūnus, see § 113. It often has the meaning of same or only. The plural is used in this sense; but also, as a simple numeral, to agree with a plural noun of a singular meaning. 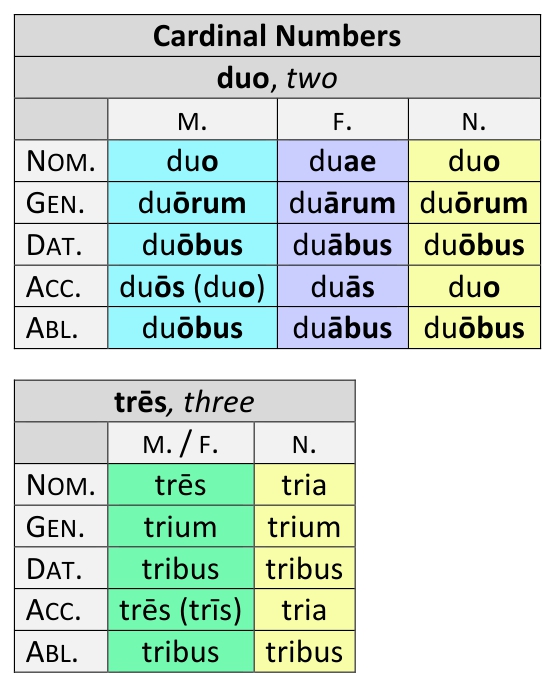 c. The hundreds, up to 1000, are adjectives of the 1st and 2nd Declensions, and are regularly declined like the plural of bonus.

d. Mīlle (a thousand) is an indeclinable adjective in the singular.

In the plural it is used as a neuter noun, and is declined like the plural of sedīle (§ 69): mīlia, mīlium, mīlibus, etc.

Note— The singular mīlle is sometimes found as a noun in the nominative and accusative:

in the other cases rarely, except in connection with the same case of mīlia.

e. The ordinals are adjectives of the 1st and 2nd Declensions, and are regularly declined like bonus.

1. The form in -o is a remnant of the dual number, which was lost in Latin, but is found in cognate languages. So in ambō (both) which preserves -ō (cf. δύω). 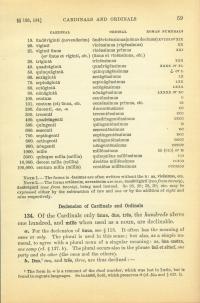 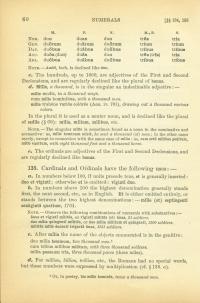