514. The principal or typical forms of Conditional Sentences may be exhibited as follows.

A. SIMPLE CONDITIONS (nothing implied as to fulfillment)

B. FUTURE CONDITIONS (as yet unfulfilled)

Note— The use of tenses in protasis is very loose in English. Thus if he is alive now is a PRESENT condition, to be expressed in Latin by the present indicative; if he is alive next year is a FUTURE condition, expressed in Latin by the future indicative. Again, if he were here now is a PRESENT Condition Contrary to Fact, and would be expressed by the imperfect subjunctive; if he were to see me thus is a FUTURE Condition Less Vivid, to be expressed by the present subjunctive; and so, if you advised him, he would attend may be Future Less Vivid.1

D. General Conditions do not usually differ in form from Particular Conditions (A, B, and C), but are sometimes distinguished in the cases following.

2. Cf. the Greek forms corresponding to the various types of conditions. 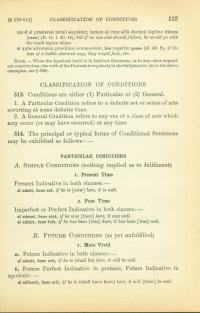 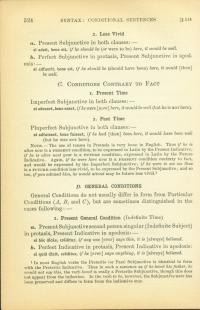 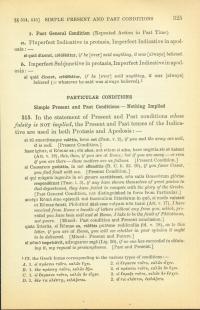