111. Stems ending in ro- preceded by e form the Nominative masculine like puer (§ 47) and are declined as follows. 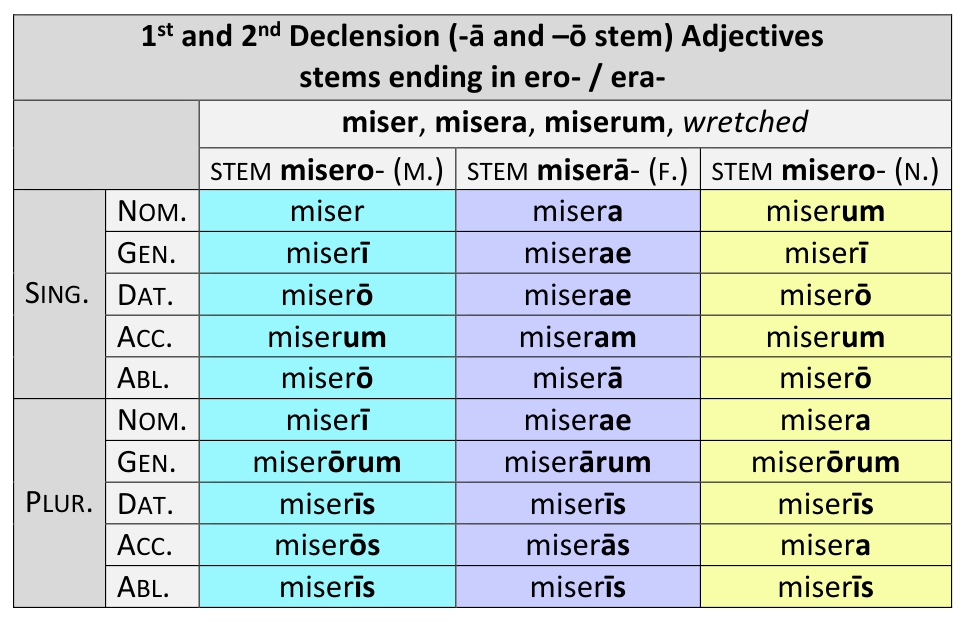 with compounds of -fer and -ger:

also, ususally, dexter. In these the e belongs to the stem; but in dextra it is often omitted: dextra manus the right hand.

b. The following lack a nominative singular masculine in the classic use.

They are rarely found in the singular except in certain phrases.

poster die the next day

Note— An Ablative feminine in -ō is found in a few Greek adjectives: lectīcā octōphorō (Verr. 5.27)

112. Stems in ro- preceded by a consonant form the nominative masculine like ager (§ 47) and are declined as follows. 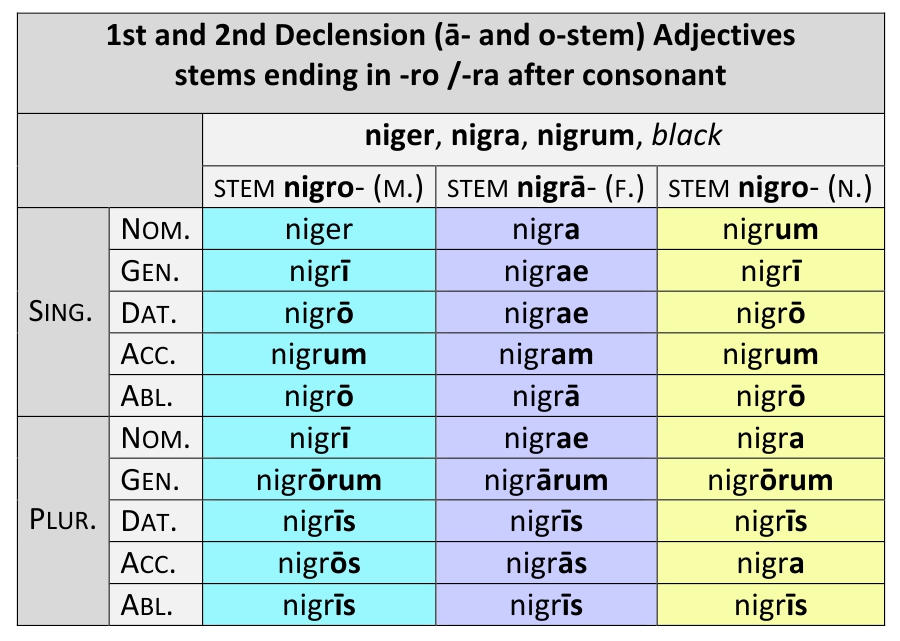 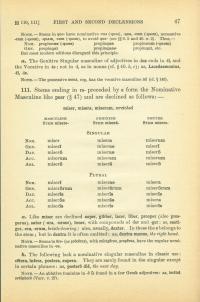 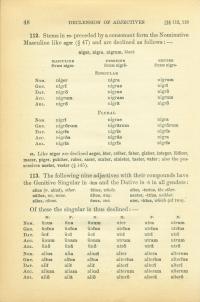