185. The cardinal and ordinal numbers are given in the table (§ 188). The notation in the second column is Byzantine, and now less used. ϛ (abbreviation for στ) takes the place of ϝ (§ 27) for six; ϙ (koppa) and ϡ (sampi) are old letters retained for this purpose only. The symbols are combined by addition, the larger sum being written at the left.

186. The ordinal numbers, and the cardinal numbers from διᾱκόσιοι on, are adjectives of three endings. The other cardinals are indeclinable, except the first four, which are as follows.

a. δύο (or δύω in poetry) sometimes has δυοῖν, ἄμφω (both) always has ἀμφοῖν, for the genitive and dative. 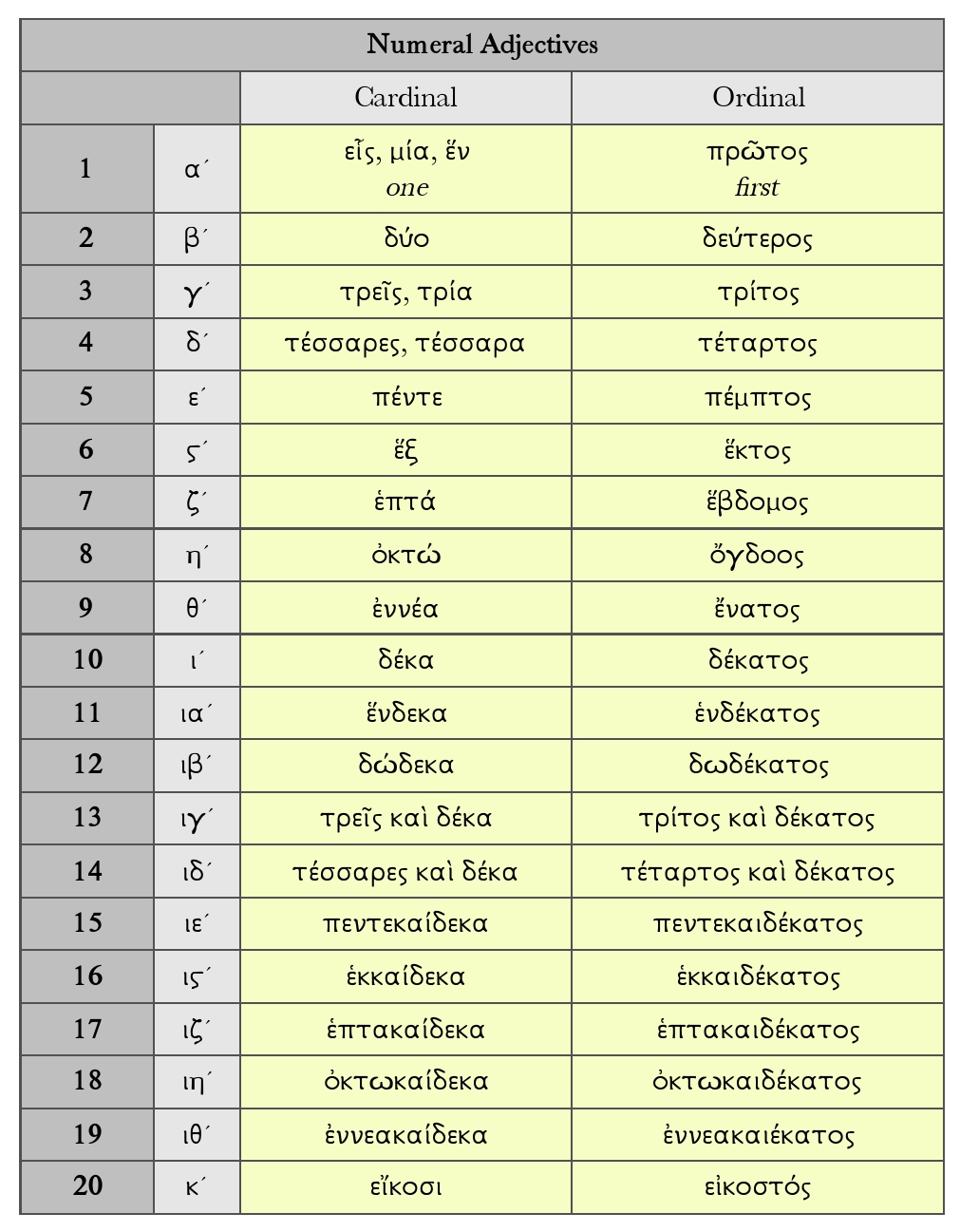 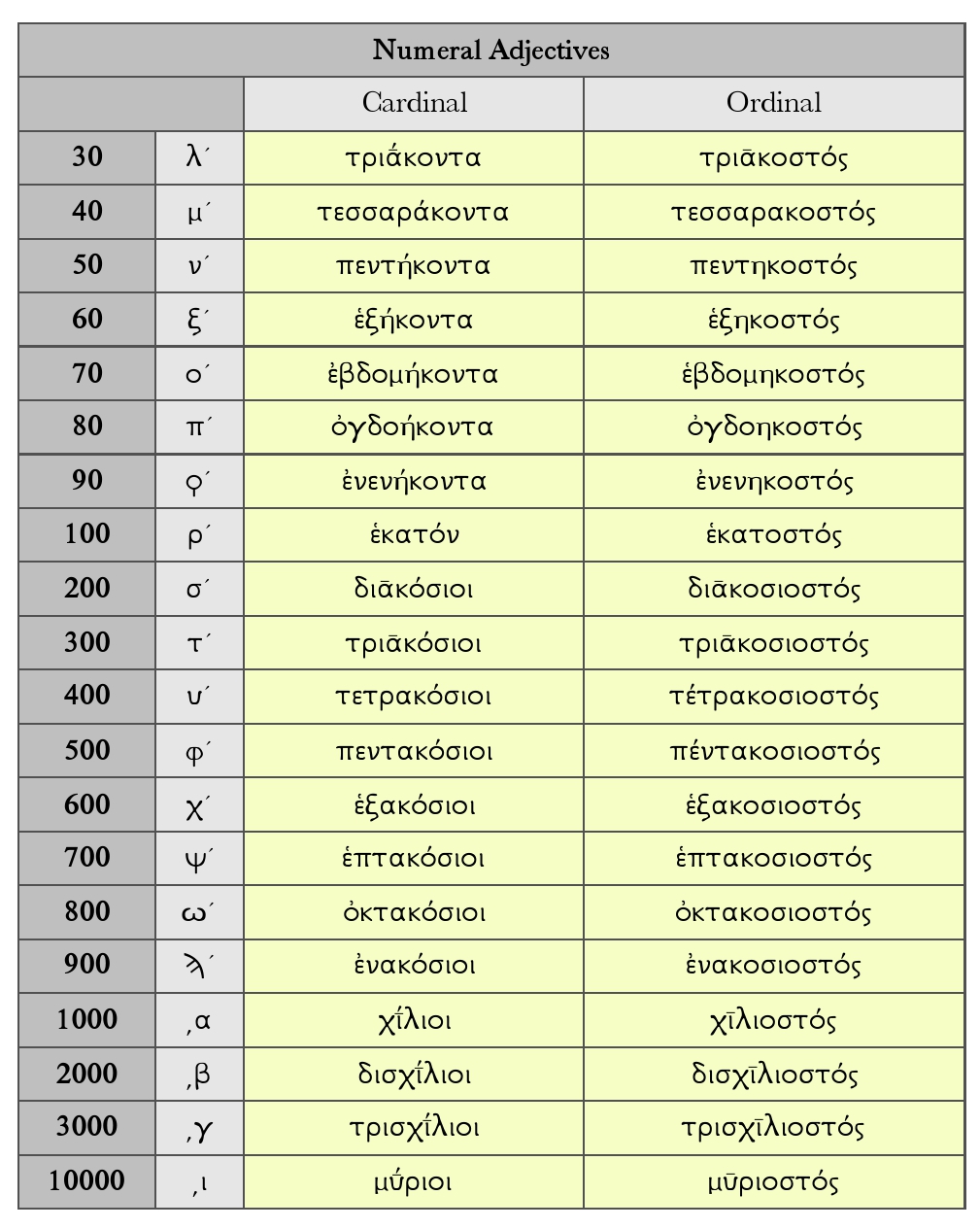 189. From οὐδὲ εἷς and μηδὲ εἷς (not even one) are formed the general negatives οὐδείς, μηδείς (no one).

a. Note the change of accent from εἷς to οὐδείς.

190. When units, tens, etc., are combined, καί may be omitted if the larger number precedes, otherwise not. Thus 325 can be written:

so with ordinals also.

διπλάσιος  twice as great or as many [pl.]

πολλαπλάσιος  many times as great or many

193. When it means countless, a great many, μῡ́ριοι is often printed μῡρίοι. In a related sense a singular μῡ́ριος is found.