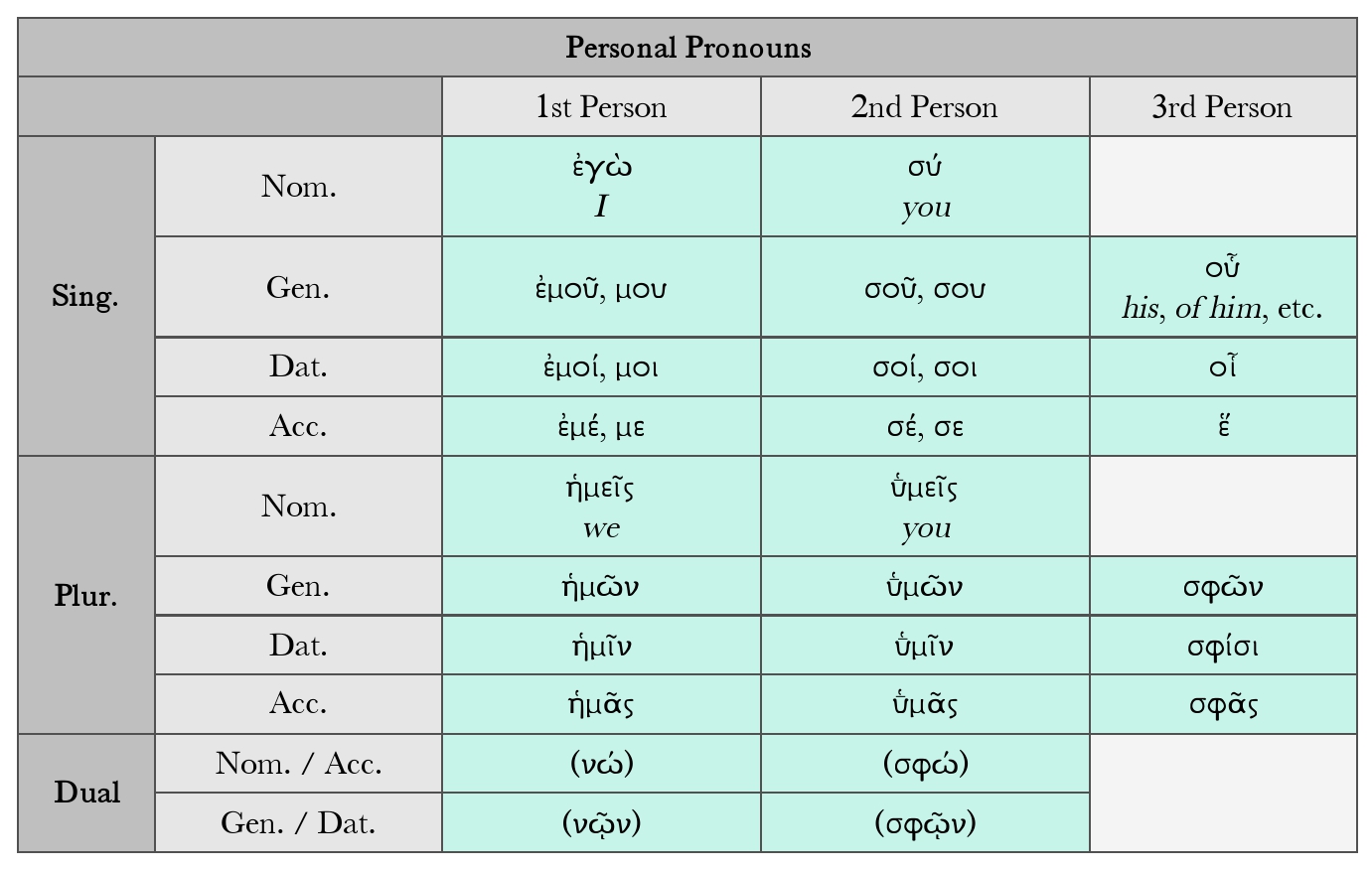 195. a. The enclitic forms (19.a) are used when the pronoun is without emphasis; the corresponding accented forms are emphatic.

b. But the accented forms are regularly used with prepositions, though we find πρός με, πρός σε, and some others.

c. For stronger emphasis the enclitic γε is added to some forms; in ἔγωγε, ἔμοιγε the accent is drawn back.

196. Poets use ἡμίν, ῡ̔μίν, less often ἡμάς, ῡ̔μάς, for metrical convenience; also the old forms σέθεν for σοῦ, ἕθεν for οὗ, νιν, or σφε for the accusative singular and plural of the third person, and σφιν for σφίσι. The dual forms are confined to poetry.

197. The personal pronoun of the third person is rare in Attic prose; οἷ and σφίσι occur oftenest, and are reflexive (200). In its place is used αὐτός in the oblique cases.

198. Αὐτός, αὐτή, αὐτό(ν) is declined like σοφός (76), except that there is no vocative and the neuter singular nominative and accusative drops -ν. Only the phrase τὸ αὐτό(ν) often retains -ν.

b. Standing after the article: same [Latin idem].

c. Without the article, agreeing in case with a noun or pronoun, or standing alone in the nominative: self [Latin ipse].

200. Reflexive pronouns (referring back to the subject) are made by adding αὐτός to the personal pronouns; they are needed only in oblique cases. (see 203).