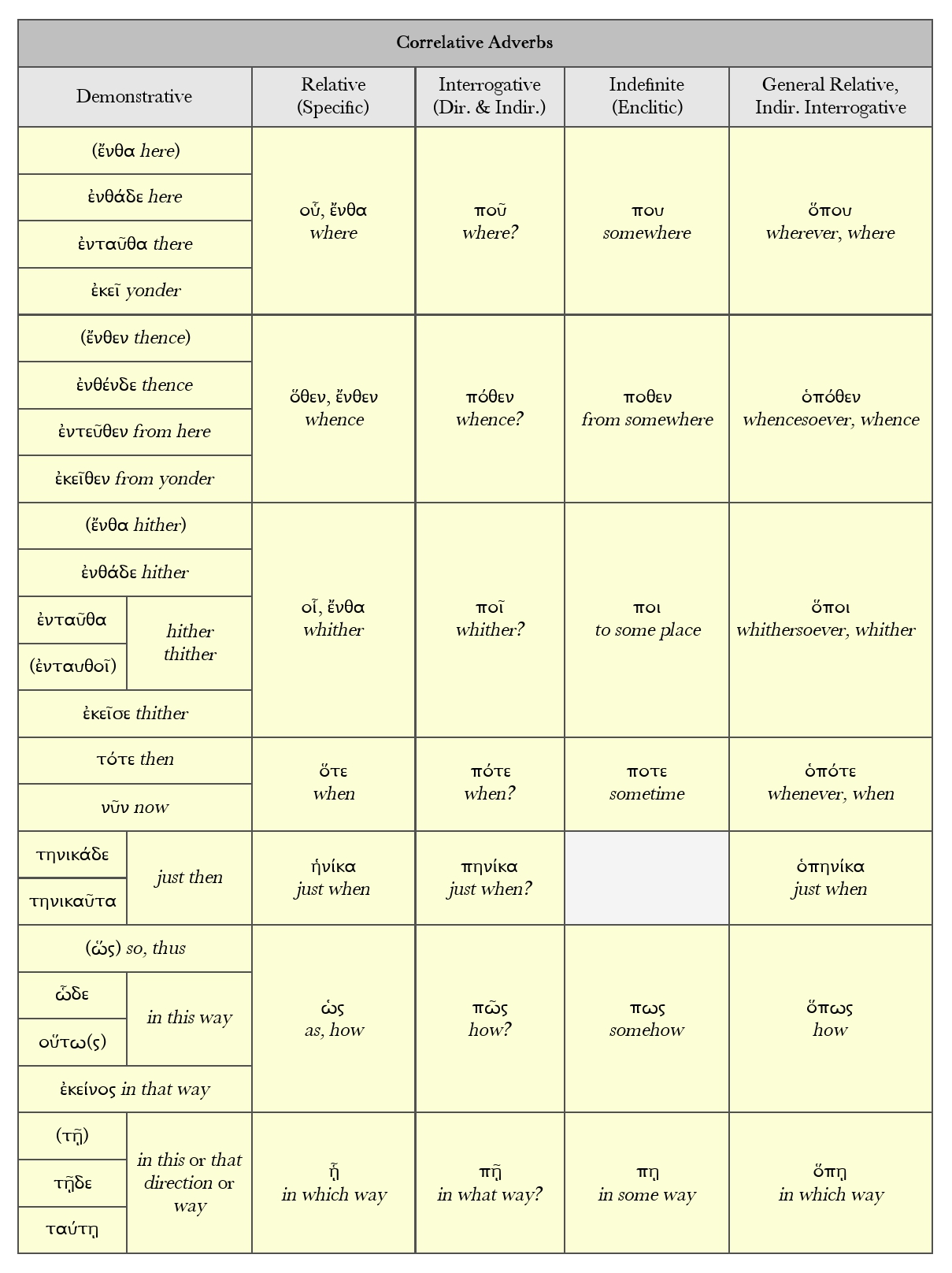 237. In the table (236) the common adverbs from pronominal stems, and some others of like significance, are arranged so as to show their relations of form and meaning. Those in parenthesis are poetic or much less usual.

238. In prose ἔνθα and ἔνθεν are mostly relative; but they are demonstrative with μέν — δέ, and in the phrases ἔνθα καὶ ἔνθα (here and there, hither and thither), ἔνθεν καὶ ἔνθεν (from this side and that), and often in poetry.

239. Like ὅς (214) ὡς was originally demonstrative; poets often so use it (accented ὥς or ὧς), and prose writers in a few phrases.

καὶ ὥς  even so
οὐδʼ ὥς  not even thus

240. a. With interrogatives ποτε adds an emotional tone

b. Several compounds are made with ποτε.

c. On the same model are formed ἄλλοτε (at another time), ἑκάστοτε (each time).

241. All the relatives and indirect interrogatives become subordinating conjunctions; their meaning is then much influenced by the mode of the verb.