145. Some nouns of classes already described were originally adjectives and continued to be used as such, masculine and feminine alike (neuter, too, when there is one) of one ending:

With these belong some other adjectives, as

146. Many adjectives are of two endings; the neuter differs from the masculine in the nominative and accusative only. Here are many adjectives compounded οf nouns of this declension. 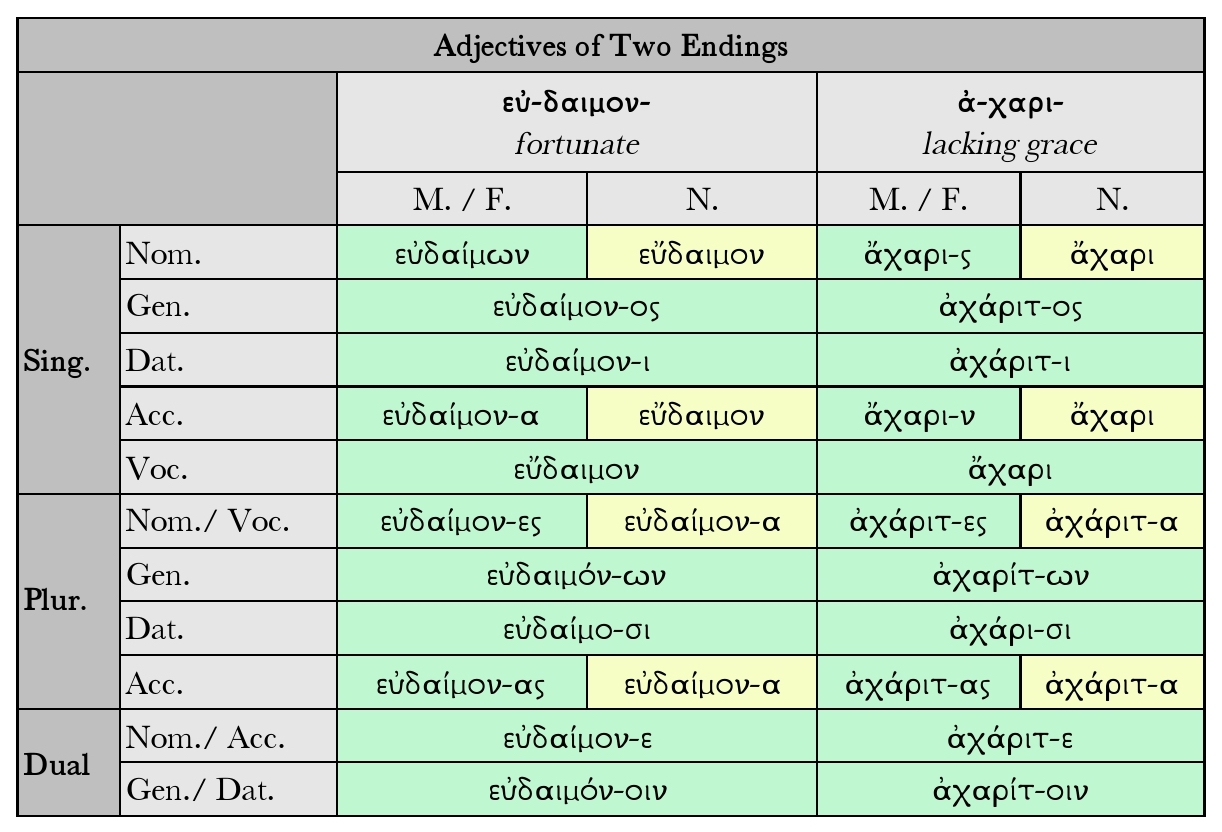