57. In nouns and adjectives Greek distinguishes more or less fully:

58. The genders are grammatical, as in Latin. For the most part they agree with the sex, but not always, in the case of creatures that have sex; and names οf many sexless things are masculine or feminine. Gender must be learned by reading and practice.

60. The stem of a noun or adjective is that part to which the case-endings are added. The character of the stem affects the ending and the way of uniting one to the other. Nouns and adjectives are declined in three ways, named from the last letter of the stem: 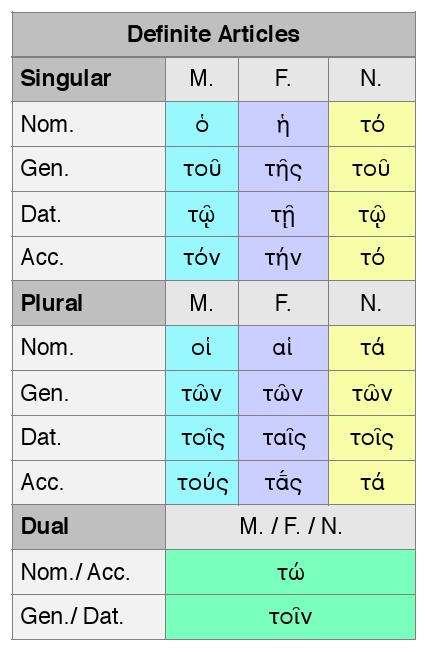 a. The article has no vocative. The interjection ὦ (O) is familiarly used with a vocative noun, without the emotional tone which O implies in English.