65. Feminine noun stems in -ᾱ may be classed in two groups; those of the first group retain -ᾱ or -α throughout the singular, those of the second group change -ᾱ to -η in all, or in some, singular forms. 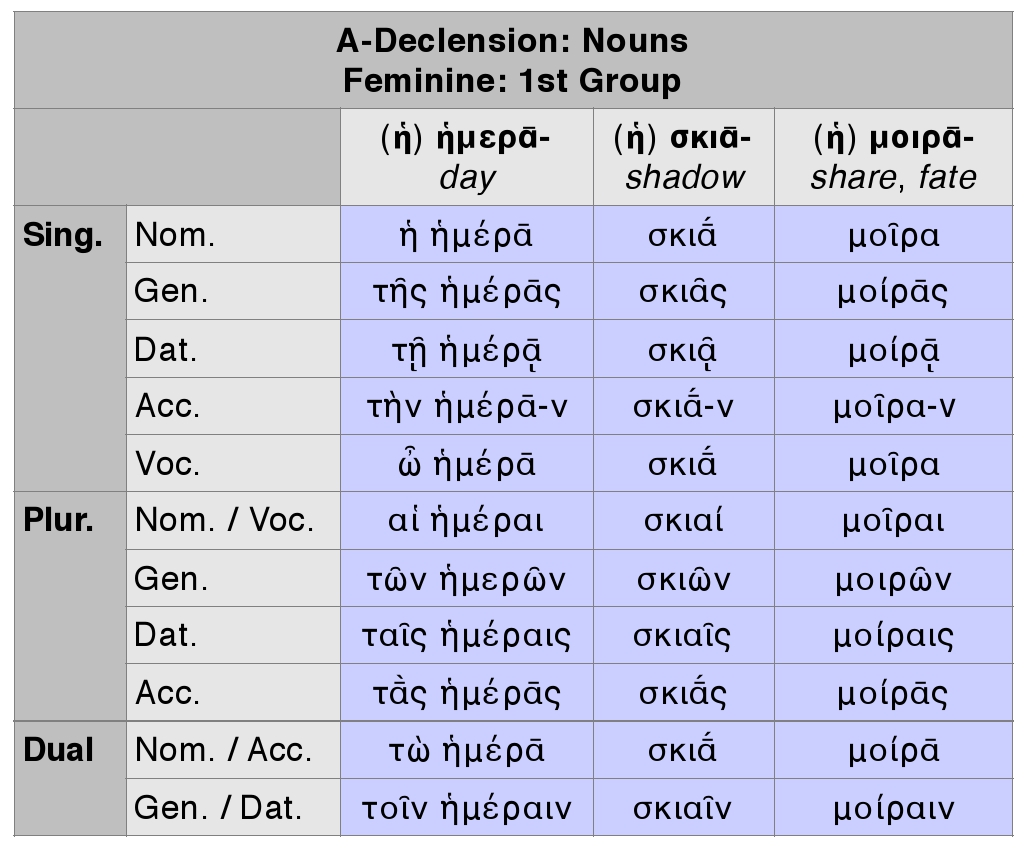 a. The nominative generally has -ᾱ after a vowel, -α after a consonant. Exceptions are mostly marked by the accent (11-13).

b. If the nominative has -ᾱ or -η, the other cases have the same.

c. If the nominative has -α, the accusative and vocative have the same; the genitive and dative have -ᾱ after a vowel or ρ, otherwise -η.

a. The genitive plural in the α-declension always has the ultima circumflexed, because -ῶν is contracted from -ᾱ́-ων (29.c and 30.b).

69.   a. Poets retain the older ᾱ in some words where short α appears in prose.

b. The dramatists in lyric parts use freely the Doric forms that retain the older ᾱ in place of Attic η; so, too, in the genitive plural, -ᾶν for -ῶν; likewise in the article and in adjectives and pronouns of this declension.

c. In the dative plural the poets use freely the older ending -αισι; so, too, in the article and in adjectives and pronouns (cp. 64). 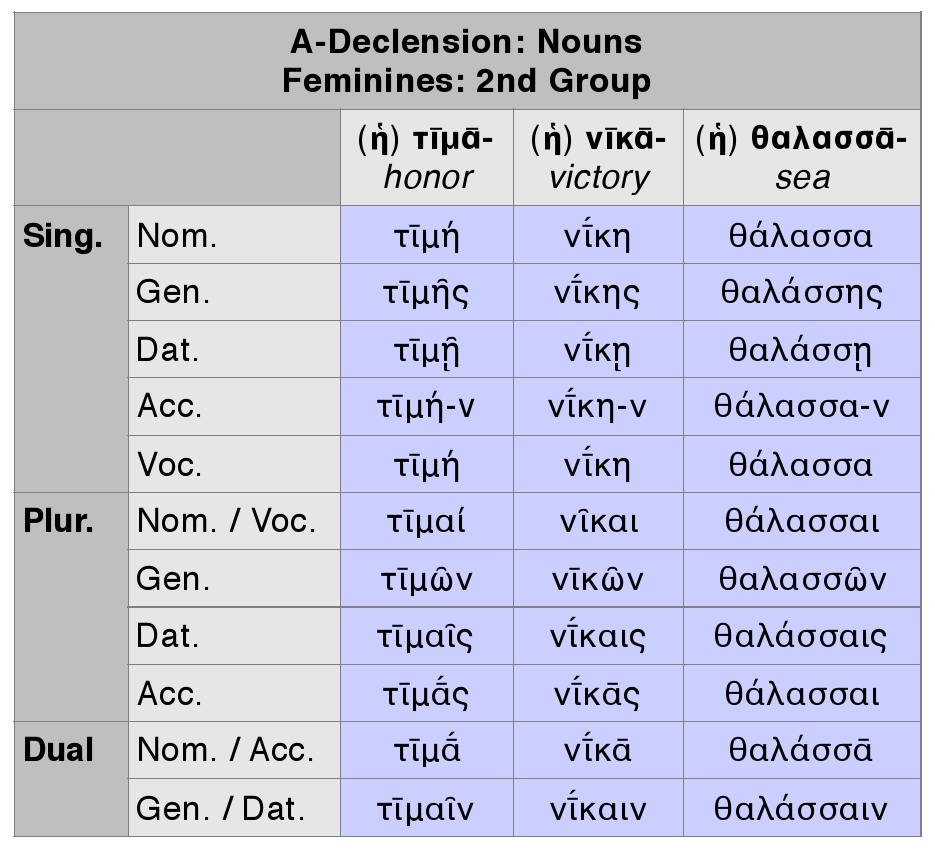 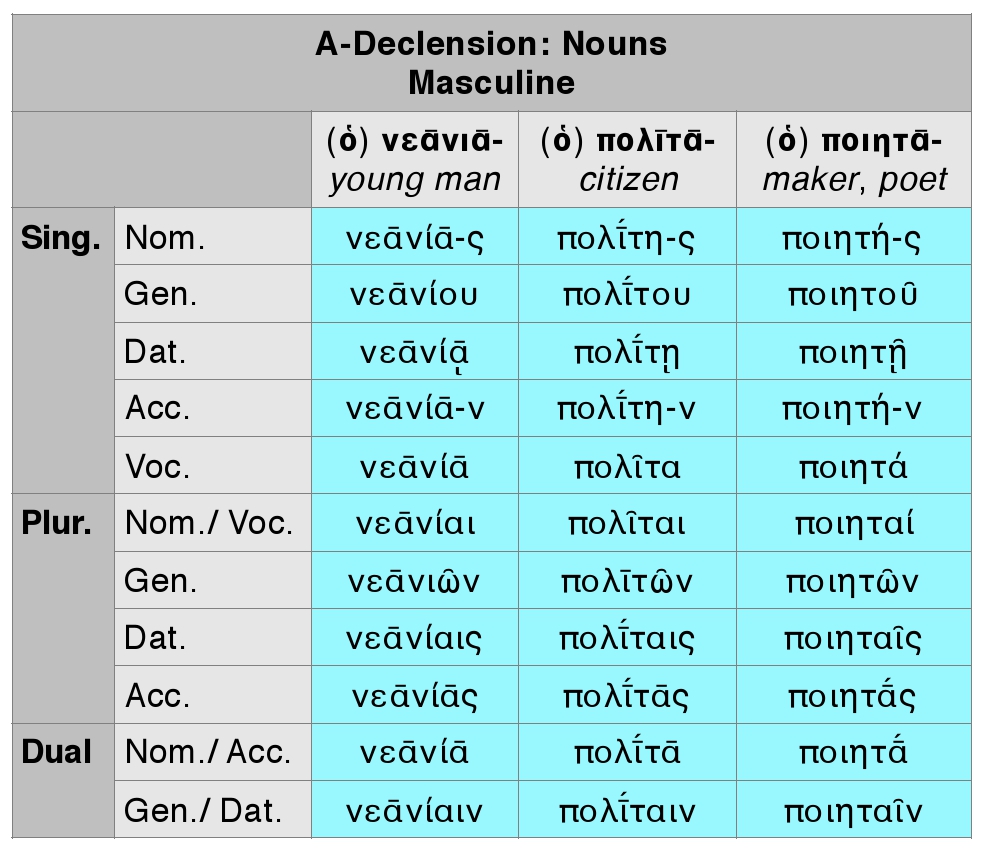 72. Masculine stems in -ᾱ are like feminines, except in the singular, as follows:

b. The nominative ends in -ς.

c. The genitive ending -ου is borrowed from the ο-declension.

d. In the vocative nouns in -της have -τα. Also national names in -ης have -ᾰ.

The vocative of δεσπότης (master) has recessive accent.

e. Some proper names in -ᾱς (Doric or foreign) make the genitive in -ᾱ, and retain ᾱ throughout, contrary to 67.c.