Map: Vesontio to the Axona by T.A. Dodge 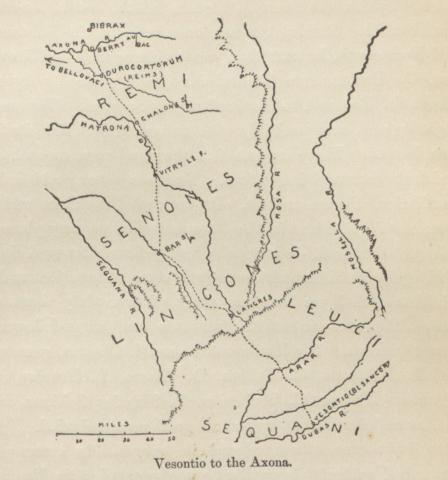