Map: The Rhine and the Germans by T.A. Dodge 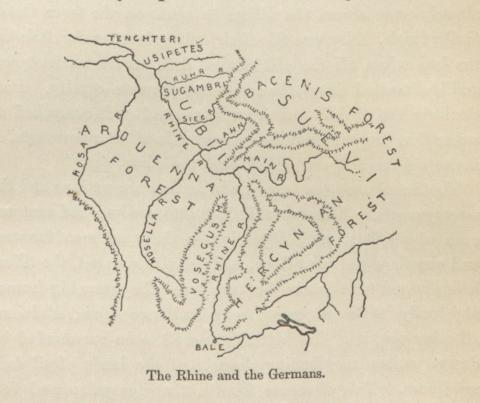