General Map of the Campaign of 54 BC by Eugene Stoffel 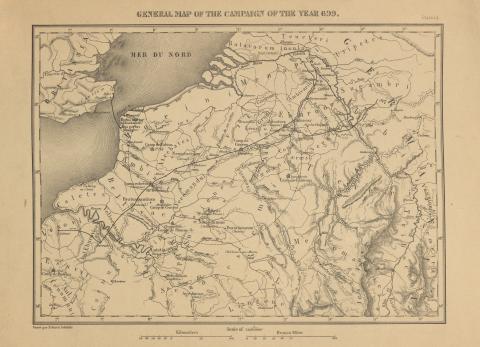