Expansion of Macedonia under Philip II 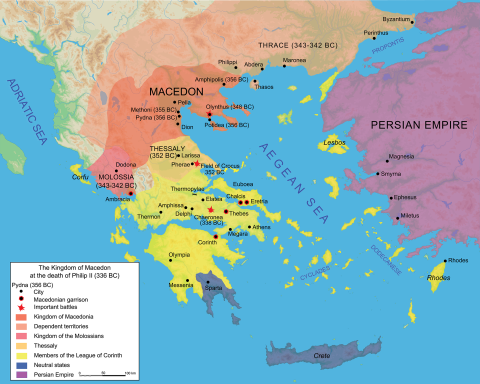