The Odeon of Pericles Architectural cut-away 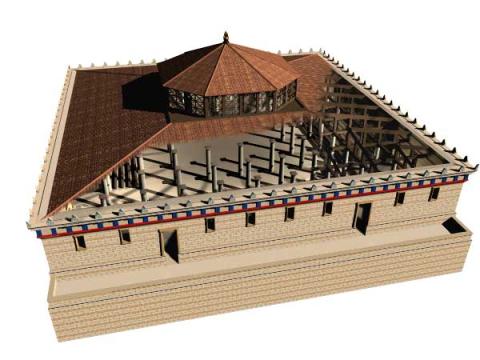