Brant: Nisus and Euryalus before the Gate of Troy 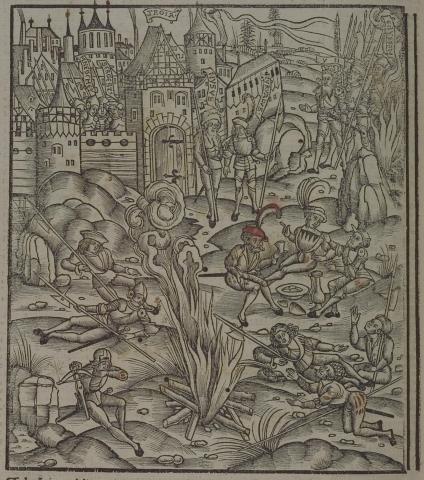