Map: Battle on the Sabis (Second Phase) by T.A. Dodge 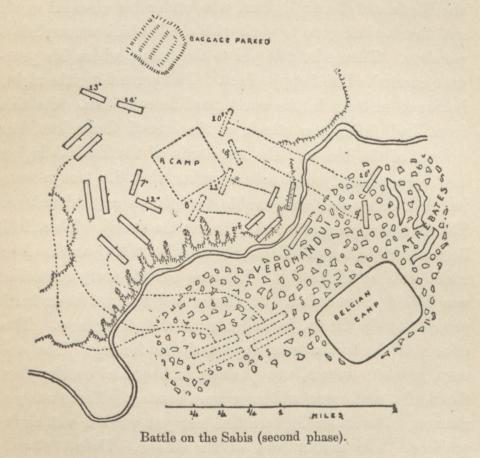