Kent at the coming of the Saxons 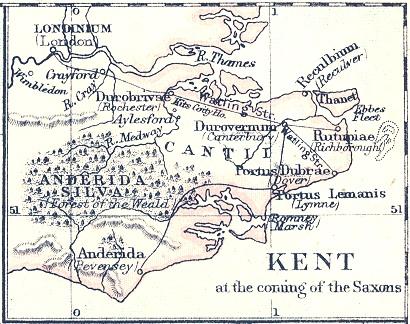